US National Rifle Association Files for Bankruptcy, Will Relocate to Texas Amid Troubles 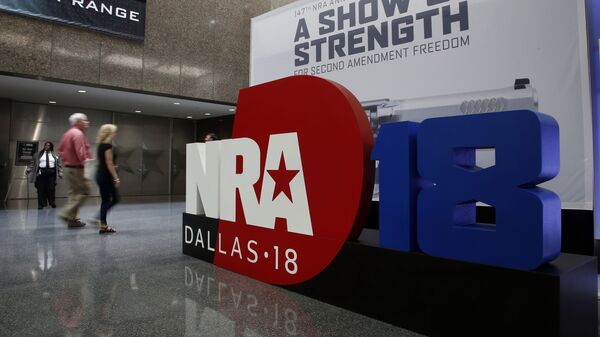 Gaby Arancibia
All materialsWrite to the author
The National Rifle Association (NRA), which is headquartered in Fairfax, Virginia, recently came under fire by the office of New York Attorney General Letitia James after an 18-month investigation revealed that the gun rights group was “fraught with fraud and abuse.”

The NRA announced on Friday that the organization was in the early stages of filing for a Chapter 11 bankruptcy judgment as part of a larger restructuring plan to leave New York and relocate its business to Texas.

The firearms advocate explained in a statement that it would set up base in the Lone Star State as a nonprofit as a means of exiting what it complained was a “corrupt political and regulatory environment in New York.” The company is currently registered in the Empire State.

“The move will enable long-term, sustainable growth and ensure the NRA’s continued success as the nation’s leading advocate for constitutional freedom – free from the toxic political environment of New York,” the release stated, adding that despite the bankruptcy filing, the agency nonetheless described itself as being in the “strongest financial condition in years.”

A Chapter 11 bankruptcy petition, which was filed at the Dallas division of the United States Bankruptcy Court for the Northern District of Texas, allows organizations to continue operating while repaying creditors at reduced rates and over much longer periods. A petition is considered the first form submitted in declaring this form bankruptcy.

NRA CEO Wayne LaPierre in a separate statement offered that the move sought to “seek protection from New York officials who illegally abused and weaponized the powers they wield against the NRA and its members.”

“You know that our opponents will try to seize upon this news and distort the truth. Don’t believe what you read from our enemies. The NRA is not ‘bankrupt’ or ‘going out of business.’ The NRA is not insolvent,” the official added in a newsletter to members.

LaPierre stated the organization had “no immediate plans to relocate” its headquarters from Virginia, but that the company had formed a “special committee” to determine the possibilities of moving the business elsewhere.

The latest development came months after the New York attorney general announced a lawsuit with the intention to dissolve the pro-gun group, after an in-depth investigation revealed that NRA executives routinely misused charitable funds for personal gain and regularly awarded contracts to friends and family members. 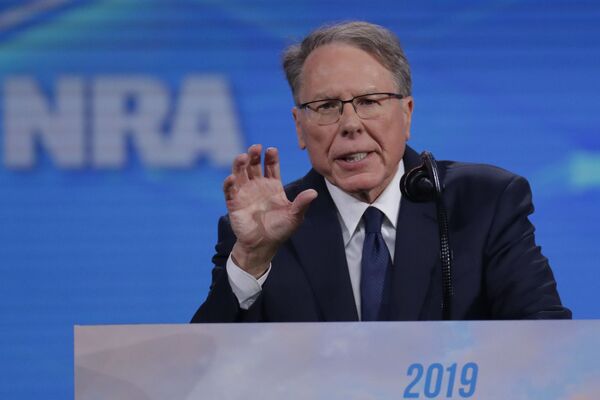 The suit outlined dozens of examples that show how LaPierre, as well as a former NRA treasurer and chief financial officer, Wilson Phillips; a former chief of staff and executive director of general operations, Joshua Powell, and the current corporate secretary and general counsel, John Frazer, all contributed to a loss of over $64 million during a three-year period.

The funds that the organization says are to protect gun rights were used for paying for vacations, private jets and costly meals, according to the 2020 legal filing. One finding against LaPierre revealed that the official had secured a post-employment contract with the NRA - without board approval - said to be valued at over $17 million.

At the time of the August 2020 announcement, James said that the “NRA’s influence has been so powerful that the organization went unchecked for decades while top executives funneled millions into their own pockets.”

“The NRA is fraught with fraud and abuse, which is why, today, we seek to dissolve the NRA, because no organization is above the law,” the attorney general noted.

In addition to dissolving the NRA, James and the courts are seeking to require each current and former executive named in the suit to pay a full restitution. Formerly an education and outreach support network, the NRA was chartered in the state of New York in 1871.