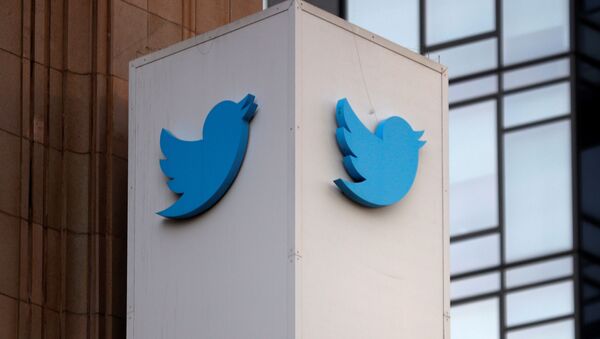 MOSCOW (Sputnik) - Twitter has laid out its action plan on transitioning institutional accounts from the current White House to the incoming administration of Joe Biden.

The platform explained that it was working with the US government to support the archival and transition of Twitter accounts across administrations.

“As President-elect Biden is sworn in on 20 January 2021, Twitter will facilitate the transfer of institutional White House Twitter accounts, including: @WhiteHouse, @POTUS, @VP, @FLOTUS, and @PressSec,” the post reads.

The official account of President-elect Biden will become the POTUS (President of the United States) account, the Biden-Harris Presidential Transition account will become the White House account. The same will become of the accounts of the Vice President, First Lady and Press Secretary.

Tweets of the outgoing administration of Donald Trump will be transferred to the National Archival and Records Administration and will remain publicly available under new handles. The current @POTUS account will become @POTUS45 and so on, just as former President Barack Obama’s official account is still up under @POTUS44.

‘This is Going to be Much Bigger’: Twitter CEO Charts Agenda Beyond Trump Ban in Leaked Video
The new accounts will not retain the followers of the previous administration, but a notification will be sent out alerting users of the change, Twitter explained.

As people can't attend the ceremony due to the Coronavirus pandemic, Twitter has promised to provide live coverage of the event through multiple news outlets and official inauguration feed.

The social platform will also keep in touch with law enforcement to protect the public from attempts to incite violence and spread misleading information.