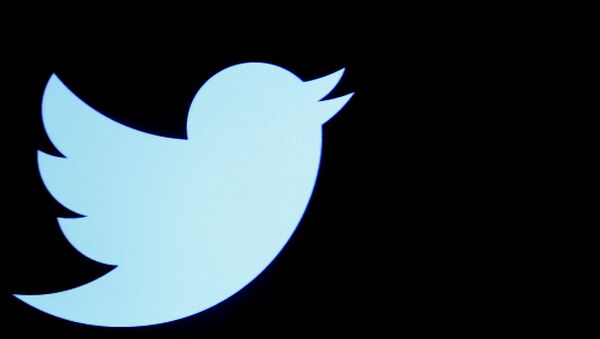 Svetlana Ekimenko
All materialsWrite to the author
Twitter permanently suspended Donald Trump's account as the president was widely accused of being responsible for inciting thousands of his supporters to storm the US Capitol, preceding the move by cracking down on content allegedly linked to the QAnon conspiracy theory, as its proponents were purportedly involved in the mayhem on 6 January.

A leaked recording of Twitter CEO Jack Dorsey addressing staff at a virtual meeting reveals what appears to be a hidden agenda to expand the company’s censorship policy much further than banning President Donald Trump’s account.

​Twitter had shuttered the sitting president’s @realDonaldTrump account on 8 January, two days after the US Capitol riots, and followed up by purging its platform of over 70,000 accounts identified as spreading QAnon conspiracy theories.

"We know we are focused on one account right now, but this is going to be much bigger than just one account, and it’s going to go on for much longer than just this day, this week, and the next few weeks, and go on beyond the inauguration," says Dorsey in the video released on 14 January by undercover news outlet Project Veritas.

The tape, allegedly provided to the outlet by a Twitter "insider whistleblower" who secretly recorded the exchange, reveals Dorsey further instructing staff to “always feel free to express yourself in whatever format manifestation feels right," while focusing on the big picture ahead, beyond “the inauguration.”

As the Twitter CEO then addressed the issue of the extremely volatile political atmosphere in the United States, he referenced actions recently taken by the platform against content believed to be linked to QAnon conspiracy theorists, adding that the moves were part of a "much broader approach that we should be looking at and going deeper on."

"You know, the U.S. is extremely divided. Our platform is showing that every single day… And our role is to protect the integrity of that conversation and do what we can to make sure that no one is being harmed based off that. And that is our focus," Dorsey is heard saying in the leaked tape released by Project Veritas.

The alleged Twitter insider who provided the video contacted Project Veritas using the VeritasTips@protonmail.com email address, with the outlet calling on more insiders within Twitter and other Big Tech companies to come forward with further ‘evidence of corruption and malfeasance’.

James O'Keefe, founder of the outlet that describes itself as a "non-profit journalism enterprise" investigating "corruption, dishonesty, self-dealing, waste, fraud, and other misconduct in both public and private institutions", on Thursday indicated that more leaks from Twitter may be forthcoming, as he revealed that "we've had over a dozen people reach out to us this week with video evidence inside Twitter."

"Stay tuned. They may be private companies, but they have more power than all three branches of government," said Project Veritas’ CEO and Chairman of the Board.

Earlier, in an interview on Fox News’ "Hannity," O'Keefe said that "in this time of moral and political crisis, I think courage is contagious, and we have all these whistleblowers coming to us, insiders helping us expose."

Responding to the tape leaked by Project Veritas, a Twitter spokesperson was quoted by Fox News as saying:

"The remarks shown in the video were delivered to our more than 5,400 employees and are nearly the same words Jack shared in a recent Tweet Thread offering context around and reflections on our work to protect the conversation in recent weeks."

Earlier, Jack Dorsey embarked on a lengthy monologue on his social media platform to defend Twitter's controversial decision to permanently banish President Donald Trump from the social networking service, claiming it was the "right decision."

​While doing so, he admitted that the power of his corporation in the "global public conversation" had set a "dangerous" precedent.

Dorsey added he stands by Twitter's decision, as the platform "faced an extraordinary and untenable circumstance, forcing us to focus all of our actions on public safety."

Dorsey was forced to concede that the move taken against Trump was of the kind that has profound implications, acknowledging that such actions "fragment the public conversation", "divide us" and "limit the potential for clarification, redemption, and learning."

Twitter also suspended more than 70,000 accounts linked to the conspiracy movement QAnon, whose adherents believe that Donald Trump is trying to uncover a hidden cabal of insiders in Democratic politics and the mainstream media. According to media reports, supporters of the theory were involved in the riots at the US Capitol. 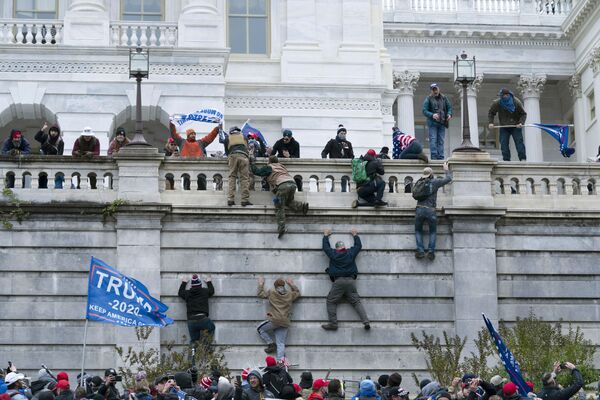 “Given the violent events in Washington, DC, and increased risk of harm, we began permanently suspending thousands of accounts that were primarily dedicated to sharing QAnon content on Friday afternoon.”

Donald Trump was banned from Twitter for what was seen by many as his "incitement to insurrection" after a rally on 6 January where the sitting POTUS had reiterated claims that the election had been ‘rigged’ against him to favour his Democratic opponent – Joe Biden, while at no point explicitly urging his supporters to take violent action. 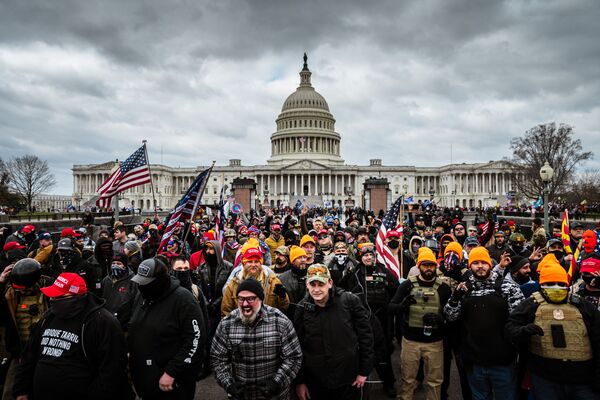 On Wednesday, however, a group of Trump supporters on stormed the Capitol building, where Congress had convened to certify President-Elect Joe Biden’s win, lading to five deaths and widespread damage and vandalism.

The sitting president dismissed accusations of "incitement of insurrection", for which he was nevertheless impeached a second time on 13 January.