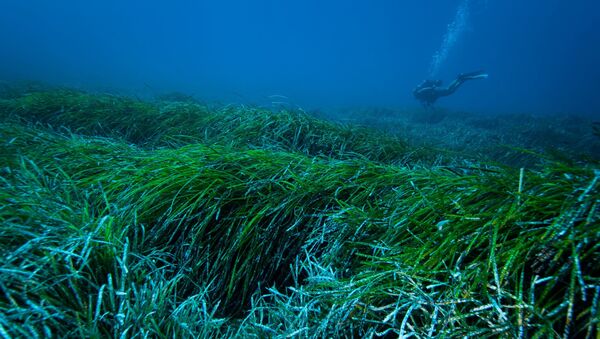 © AFP 2021 / JORDI REGAS
Subscribe
Svetlana Ekimenko
All materialsWrite to the author
A major part of waste typically generated by tourism over the summer months in countries such as Italy, France and Turkey is plastic, according to report from the WWF in 2018 which warned that record levels of pollution from microplastics threatened marine species and human health.

Underwater seagrass that thrives in coastal areas appear to be particularly proficient at dealing with plastic pollution in the marine environment by creating natural bundles of fibre known as “Neptune balls”, a study has shown.

​Anchored to the shallow seabed, the gently swaying plants are estimated to be able to collect nearly 900 million plastic items in the Mediterranean alone annually, according to the research, detailed in the journal Scientific Reports.

“We show that plastic debris in the seafloor can be trapped in seagrass remains, eventually leaving the marine environment through beaching,” according to lead author of the study, Anna Sanchez-Vidal, a marine biologist at the University of Barcelona.

Sanchez-Vidal and her team studied a species of the plant found only in the Mediterranean, Posidonia oceanica, and throughout 2018 and 2019 researchers counted the number of plastic particles found in seaballs washed up on four beaches in Mallorca, Spain.

In half the samples of loose seagrass, up to 600 bits of plastic debris per kilogram of leaves was recorded.
The amazingly efficient clean-up “represents a continuous purge of plastic debris out of the sea,” she was cited as saying by AFP.

As for the tighter bundled seagrass fibre known as ‘Neptune balls’, only about 17 percent contained plastic, but at a much higher density of nearly 1,500 pieces per kilogram. 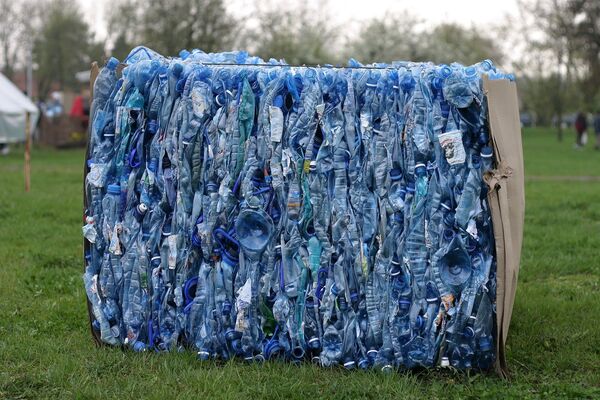 The ‘balls’ are formed from the base of leaves shredded by ocean currents. However, they remain attached to rhizomes, or stems.

The leaf sheaths eventually form stiff fibres that intertwine into a ball, collecting plastic in the process, and are gradually buried in the sedimentation.

This gorgeous seagrass meadow is tucked behind Fermoyle Strand in Brandon Bay, Co Kerry 💚💛 A new sighting for the @ProjectSeagrass 'seagrass spotter'. pic.twitter.com/xEDYmAmxVO

​By using the estimates of seagrass fibre production in the Mediterranean, the team was able to approximate how much plastic could potentially be filtered in the entire basin.

“We don’t know where they travel. We only know that some of them are beached during storms,” said Sanchez-Vidal.

Marine seagrass, which boasts 70 species grouped in several families of flowering plants that originated on land but eventually recolonised the ocean between 80 million and 100 million years ago, provides an admirably long list of benefits to the ocean ecosystems. 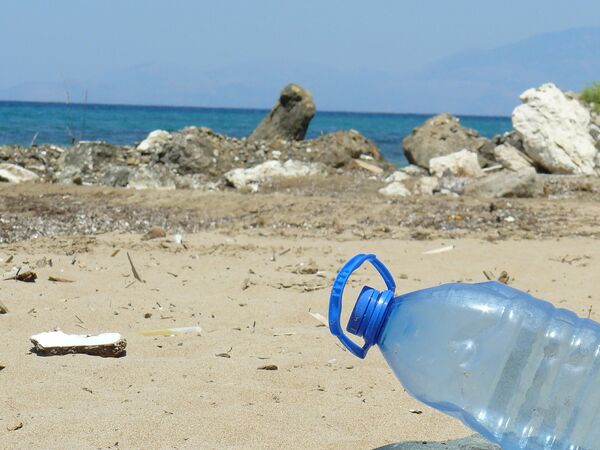 Growing in areas ranging from the Arctic to the tropics, the seagrass plays a vital role in improving water quality, as it absorbs carbon dioxide and emits oxygen.

The vast meadows of seagrass, which serve as the foundation of coastal food webs, offer a natural nursery and refuge for hundreds of species of fish. As they anchor in shallow waters, the seagrass species with their long, grass-like leaves are proved to be invaluable in staving off beach erosion, while also cushioning the blows of destructive storms.

It is not yet clear whether collecting the plastic is detrimental to the seagrass itself.

The Mediterranean is turning into a dangerous plastic trap, registering record levels of pollution from microplastics that pose an immediate threat to marine species and human health, a report by the World Wide Fund for Nature (WWF) claimed in 2018.

Coinciding with World Oceans Day, the WWF report “Out of the Plastic Trap: Saving the Mediterranean from plastic pollution” deplored excessive plastic use and inefficient waste management, estimating at the time that in the weeks over the holiday season in the Mediterranean, the rise in plastic marine pollution contributed around 150 million tonnes of plastic to the ocean environment.

000000
Popular comments
As far as I did recall, the ecologist at the time (in the 70-80's) banned the glass bottle and container, paper bags, steel cans and wooden container as they were harmful for the environment. These ecologists, set up recycling plant (making tons of $$$) sell their wastes making tons of bakshish money. Now they are wealthy and rich and do not give a damn about the consequences of their own cupid stupidity. (Note that some ecologists warned these idiots and are truly trying to help mother nature, but they were overwhelmed by the hysteric greedy mass)

C Han
16 January, 02:48 GMT1
000000
Yeah if you don't like something, declare it dangerous to the planet seek funding to study it. That way one never needs work.