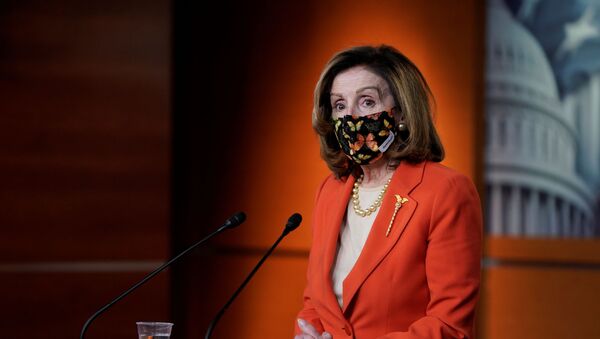 Daria Bedenko
All materialsWrite to the author
Suggestions that the rioters that stormed the US Capitol on 6 January were assisted by some congressional members have emerged over the week, with House Majority Whip James Clyburn alleging that the Capitol attackers were aware of certain office locations inside the building.

House Speaker Nancy Pelosi said on Friday that any congressional lawmaker who aided the rioters during the deadly January 6 Capitol attack would face criminal prosecution.

"If in fact it is found that members of Congress were accomplices to this insurrection, if they aided and abetted the crime, there may have to be actions taken beyond the Congress in terms of prosecutions," Pelosi said at the press conference.

The House Speaker tapped retired Army Lieutenant General Russel L. Honoré to carry out “an immediate review of the Capitol’s security infrastructure, interagency processes and procedures, and command and control."

When asked about allegations by some House Democrats that rioters may have been aided by sitting members of Congress, Pelosi said it would be "looked into". 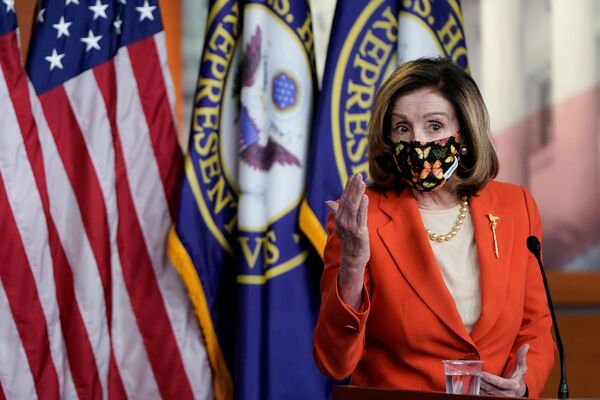 Concerns that some lawmakers were complicit in the January 6 Capitol building attack were voiced earlier in the week, particularly by House Majority Whip James Clyburn, who noted that the Capitol attackers knew the precise location of his otherwise unmarked office.

The allegations are supported by many other Democrats, including Representative Alexandria Ocasio-Cortez, who said that she "didn’t feel safe around other members of Congress", some of whom, she suggested, would “create opportunities to allow me to be hurt, kidnapped, etc.”.

Representative Val Demings called the Capitol insurrection a "well-coordinated breach of security attack on our Capitol", echoing allegations that the attackers had "inside assistance".

“I do believe, when we look at how the attackers were able to – they knew where they were going,” she told CNN on Wednesday. “I do believe there was some inside assistance.”

Joined @NewDay this morning. The times have found us, and Donald Trump will be impeached, again, later today.

Imagine if the Senate had held the president accountable and removed him a year ago. pic.twitter.com/ALUSPQa8kH

On Thursday, The DoD Office of the Inspector General launched an investigation to determine how the Defense Department implements policies addressing ideological extremism within the Armed Forces, in the wake of the January 6 Capitol siege that left five people dead and one of the most US iconic and important buildings in the US ransacked by Trump supporters.

In a Friday statement, Acting Defense Secretary Christopher Miller said that people deserve "transparency" about what happened on 6 January and promised that the DoD review would be "fulsome, thorough, and holds parties to account", while also praising the DoD response to the Capitol riot.

The investigation into the Capitol assault comes amid recent reports suggesting that some of the rioters sought to "capture and assassinate" elected officials. However, federal authorities said on Friday, according to USA Today, that "no direct evidence of kill and capture teams" among Capitol rioters has yet been found.

Some US Capitol Rioters Reportedly Sought ‘to Capture and Assassinate Elected Officials’
The outgoing US president, Donald Trump, who was impeached for "incitement of insurrection" on Wednesday, denied his responsibility for the violence.

Marking an unprecedented second impeachment for Trump in just one year, the House of Representatives is set to send the impeachment resolution, which was passed in a bipartisan vote, to the Senate.

Pelosi in her press briefing declined to say when she will formally deliver the articles to the Senate, only revealing that the nine impeachment managers she appointed earlier have met to prepare their strategy.