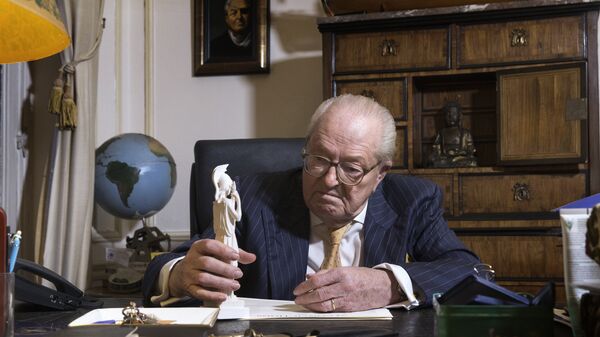 Ilya Tsukanov
All materialsWrite to the author
On Wednesday, Donald Trump became the first president in US history to be impeached twice, with the House of Representatives censuring him for “inciting insurrection” in Washington, DC on 6 January. His Democratic rival Joe Biden is expected to be sworn in next Wednesday amid heightened security in the capital.

Jean-Marie Le Pen, former leader of the French nationalist and conservative National Front party, has expressed dismay over Trump’s treatment in the aftermath of the Capitol storming incident.

Speaking to AFP in an interview published Friday, Le Pen, 92, said he could not understand the “hounding” of the president. The veteran politician added that he was “quite shocked by the way in which President Trump has been treated in the final days of his mandate.”

Describing Trump as a “populist” and accusing his conservative allies of betraying him to Biden in the end, Le Pen stressed that he does “not consider the term populist pejorative.”

“Basically, who is closer to the people than a populist? There are times when people express their feelings without going through the usual channels,” the veteran politician said.

As for the Capitol riot on 6 January, which saw angry Trump supporters storming the Capitol buiding, Le Pen suggested that this was not as “dramatic” an incident “as it has been considered and presented by the media.”

“There was no occupation or brutality against elected officials,” and “there was no ‘coup d’état’ that Mr. Trump has been accused of, which is stupid especially since the speeches of Trump before the storming of the Capitol did not call for this operation at all,” Le Pen said.

The French politician maintains that US institutions were not endangered by the Capitol demonstrations, and says that the identity of those who entered the Capitol has yet to be conclusively determined. “There may have been opportunists, we see this in all the demonstrations which take place in our country,” Le Pen said. He added that persons “external to the spirit of the demonstration” may have escaped the control of organisers.

Five people, including four protesters and a police officer, died in the aftermath of the 6 January mayhem. 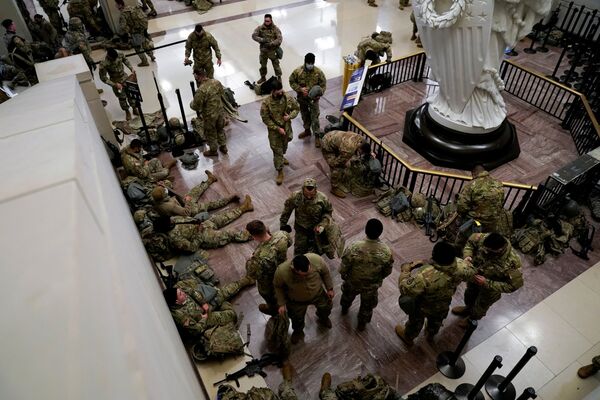 “It’s a bad process that has been carried out against him, which I find quite inelegant with regard to the outgoing president,” Le Pen stressed, referring to Trump.

Last week, Marine Le Pen, Jean-Marie Le Pen’s daughter and leader of the National Rally (formerly the National Front), expressed “shock” over the images of violence coming out of the US Capitol, and stressed that she felt that the protests needed to remain peaceful. “All violent actions aimed at encroaching on democratic processes are naturally unacceptable,” she said, speaking to France 2.

France's Marine Le Pen Refuses to Recognise Joe Biden's Victory at US Presidential Election
Jean-Marie Le Pen endorsed Trump in early 2016, with the Republican president calling Marine Le Pen the “strongest” candidate on border control, “radical Islamist terrorism,” and other issues ahead of the French presidential elections in 2017, which Le Pen lost to En Marche! candidate Emmanuel Macron. Her father went on to suggest that she should have run a more “Trump-like campaign, a more open one, very aggressive against those responsible for the decadence of our country, whether left or right.”

The elder Le Pen was stripped of his membership in the National Front in 2015 after some anti-Semitic remarks, including calling the Holocaust “merely a detail in history.. He went on to found a new party, the Jeanne Committees, a French nationalist, social conservative, Eurosceptic, anti-globalist party.