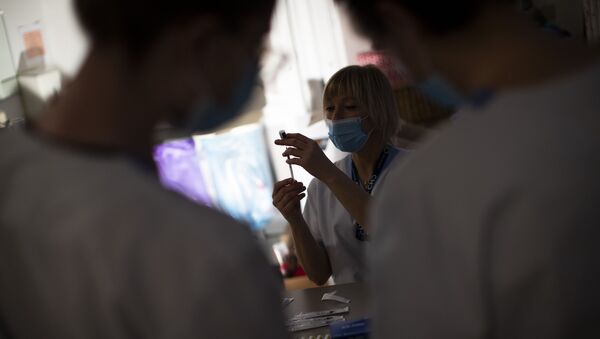 MOSCOW (Sputnik) - A resident of Belgium has died five days after receiving Pfizer/BioNTech's vaccine against COVID-19, the Federal Agency for Medicines and Health Products (FAMHP) said in a statement, adding that an investigation has been launched.

"On 14 January 2021 … the FAMHP was informed of the death of an 82-year-old with health problems, five days after vaccination. The case will be further investigated to determine whether there is a causal link between vaccination and the individual's death", the agency said in a statement on Thursday.

WHO Following Probe Into '23 Reported Deaths' in Norway After Pfizer Vaccine Injection
An investigation is also ongoing in Norway after 23 people died after being inoculated with Pfizer/BioNTech's vaccine against the disease, the Norwegian Medicines Agency said Thursday.

Several European countries, including the Netherlands and Bulgaria, have reported instances of individuals suffering adverse side effects, such as swelling around the eyes and rashes, after receiving Pfizer/BioNTech's vaccine against the coronavirus disease.