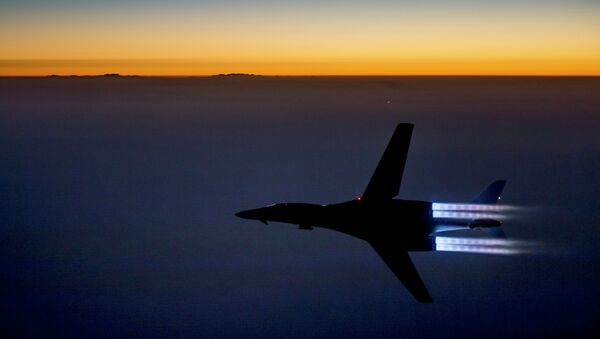 © AP Photo / Senior Airman Matthew Bruch, U.S. Air Force
Subscribe
International
India
Africa
Svetlana Ekimenko
All materialsWrite to the author
Israeli warplanes carried out a series of intense air strikes near the Syrian towns of Deir ez-Zor, Mayadeen and Boukamal along the border with Iraq on Wednesday, amid heightened tension in the region, driven by fears of retaliation for the US killing of Iran’s Revolutionary Guard commander Qassem Soleimani last year in Baghdad.

A US intelligence official has claimed that the United States and Israel coordinated the intense airstrikes that targeted eastern Syria early Wednesday.

Syria’s state news agency SANA said the strikes hit areas in and near the towns of Deir ez-Zour, Mayadeen and Boukamal along the border with Iraq. The anonymous source is cited by AP as saying the air attacks were carried out by Israeli warplanes with intelligence supplied by the United States.

​The source added that the Israeli air attack on the territory of the sovereign state came in the wake of a reported meeting between US Secretary of State Mike Pompeo and the Director of the Israeli Mossad, Yossi Cohen, at a restaurant in Washington a week earlier.

News outlets in Syria reported that there were casualties in the strikes, with official sources in Syria not commenting on the aftermath of the attack, which, according to the AP-quoted source, targeted warehouses being used to store Iranian weapons and support Tehran’s nuclear programme. At the same time, Tehran denies having troops deployed in the Arab Republic, apart from military advisers.

An unnamed military official was quoted as saying Syrian air defences responded to the incoming missiles.

The reported airstrikes by Israel against ostensibly Iranian targets in Syria came just hours after Defence Minister Benny Gantz paid a visit to the Syrian border. Gantz had vowed that Israel would continue to target its enemies “near and far”, according to The Times of Israel.

The Syrian Army air defences have repeatedly confronted Israeli air strikes against ostensibly Iran-linked military targets in Syria over the years, with the IDF rarely acknowledging such operations. 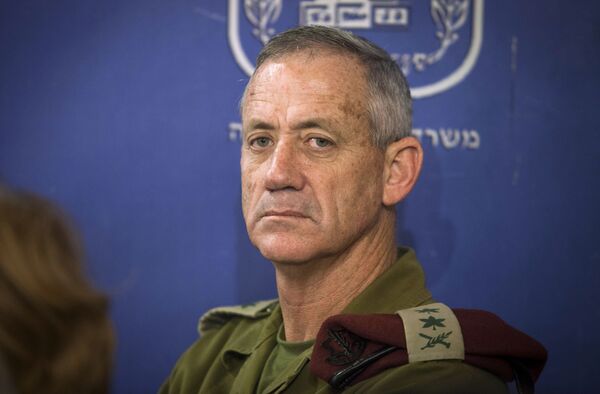 However, in December Israel declared it had managed to ‘reduce Iran's presence’ in Syria by conducting numerous operations on the territory of the sovereign country in 2020.

IDF Chief of Staff Lt.-Gen. Aviv Kochavi spoke on 11 December to acknowledge that Israel had conducted some 500 operations, ranging from airstrikes to clandestine operations, during 2020 in "six areas". Kochavi did not mention which countries, besides Syria, were among them.

"The Iranian entrenchment in Syria is in a clear slowdown as a result of IDF activity, but we still have a long way to go to complete our goals in this arena," Kochavi said.

The recent strikes come at a time of heightened tension in the region as US President Donald Trump’s tenure at the White House comes to an end, with Democratic President-elect Joe Biden to be sworn in on 20 January.

The Israeli military has been on a high level of defensive alert of late, with Israeli jets violating Lebanese airspace in daily, low-altitude flights.

A Twitter account monitoring the movement of aircraft in the Middle East, Intel-Sky, documented dozens of Israeli jets flying over Lebanon.

According to reports from the United Nations Interim Force in Lebanon, in violation of UN resolutions and the sovereignty of the region, Israel crosses Lebanese airspace on a regular basis.

​In response, Israeli officials have claimed that overflights are needed because Hezbollah is ostensibly violating the 2006 UN resolution that prohibits it from building up its military capabilities and operating close to the Israeli border.

Tensions have also been driven by concerns over possible retaliation for the US killing of Iran’s Revolutionary Guard commander Qassem Soleimani on 3 January 2020 in a drone attack in Baghdad.

Washington accused Iran of staging December’s rocket attack on the US Embassy compound in Baghdad, with the allegations denied by the Islamic Republic, which previously repeatedly vowed to take full-fledged revenge for Soleimani's assassination. 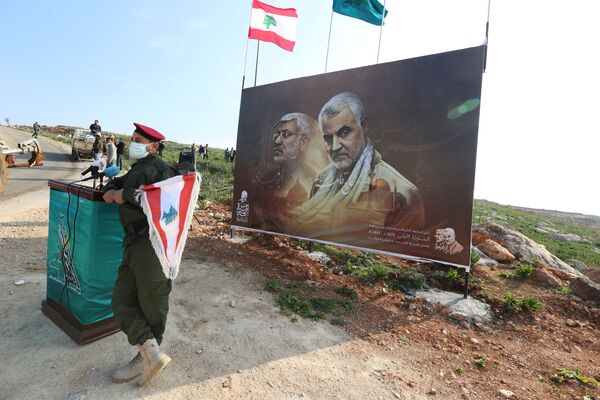 A member of Lebanon's Hezbollah holds a Lebanese flag as he stands in front of a picture depicting senior Iranian military commander General Qassem Soleimani and Iraqi militia commander Abu Mahdi al-Muhandis who were killed in a U.S. attack, during a ceremony marking the first anniversary of their killing, in the southern village of Khiam, Lebanon January 3, 2021. REUTERS/Aziz Taher
© REUTERS / AZIZ TAHER

On 7 January the American military flew two B-52 strategic bombers to the Middle East from bases in the US, in an apparent show of force, while earlier in December, the US Navy announced that an Ohio-class nuclear-powered submarine, the USS Georgia and accompanying cruisers had crossed the strategically important Strait of Hormuz.

The move was accompanied by the reported sighting of an Israeli submarine, above-water and fully visible, in the Suez Canal and then the Red Sea, possibly in preparation for potential Iranian retaliation over the November assassination of senior Iranian nuclear scientist Mohsen Fakhrizadeh, attributed by Tehran to Israel.

US-Iran relations spiralled after Donald Trump assumed office in 2017, as Washington walked away from the 2015 nuclear deal, the The Joint Comprehensive Plan of Action (JCPOA), that had reintegrated Iran into the global economy and assured the peaceful nature of its nuclear programme.

After exiting the deal, Washington ramped up its so-called "maximum pressure" policy, slapping Tehran with sanctions. In response, Iran stopped complying with the nuclear deal's provisions, arguing that it was no longer benefiting from adhering to them.

Incoming US President Joe Biden has repeatedly spoken out in favour of restoring the Iran nuclear deal and engage in negotiations with Tehran.