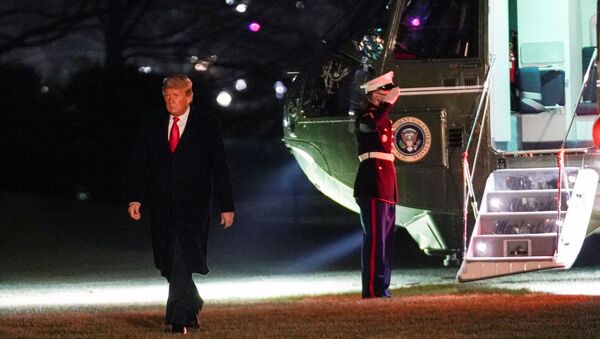 © REUTERS / KEVIN LAMARQUE
Subscribe
International
India
Africa
Daria Bedenko
All materialsWrite to the author
The deadly 6 January havoc in the US Capitol appeared to have triggered a lot of issues for outgoing US President Donald Trump, as he was impeached for a second time - an unprecedented initiative that was supported not only by House Democrats, but by several GOP members as well.

Donald Trump enters the final days of his presidency with a "shrinking" inner circle, being "isolated" and "angry" at former allies for not defending him vigorously enough over what is considered to be the incitement of last week's violent insurrection in the US Capitol, The Washington Post reported Wednesday, citing unnamed "advisers and associates".

According to the report, Trump, who is especially furious with his vice president, Mike Pence, is now also lashing out at his personal attorney, Rudi Giuliani, instructing aides not to pay the latter's legal fees. Sources told The WaPo that Trump is not happy with the daily $20,000 sum demanded by Giuliani.

“The president is pretty wound up,” a senior administration official reportedly said, noting that Trump was upset that n one of importance was defending him as the impeachment initiative gained traction. “No one is out there.”

Pointing at a lack of a campaign against the second impeachment, a Trump official suggested that people are simply "burned out".

“I just think this is the logical conclusion of someone who will only accept people in his inner orbit if they are willing to completely set themselves on fire on his behalf, and you’ve just reached a point to where everyone is burned out,” a senior administration official said. “Everyone is thinking, ‘I’ll set myself on fire for the president of the United States for this, for this and for this — but I’m not doing it for that.’ ”

The outgoing president, according to the report, primarily only speaks to family members and his chief of staff, Mark Meadows, his deputy chief of staff, Dan Scavino, his senior policy adviser, Stephen Miller, and his personnel director, Johnny McEntee. 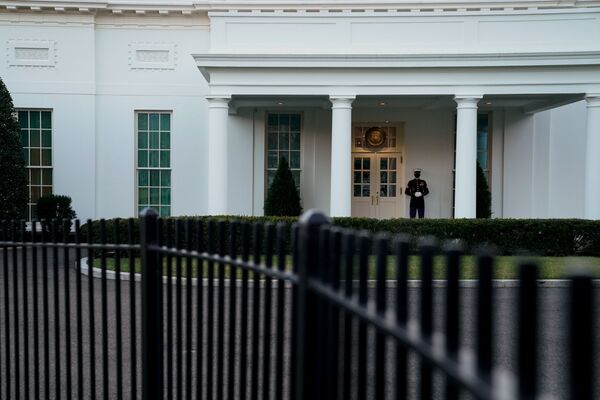 A Marine guards the entrance to the West Wing of the White House, signaling that U.S. President Donald Trump is in the Oval Office, as the House of Representatives impeaches Trump for the second time in Washington, U.S., January 13, 2021
© REUTERS / ERIN SCOTT

The WaPo outlined that the president does little in his last days in power besides watching television and lamenting about GOP members "not defending him enough". He reportedly also regularly denounces "longtime media defenders", such as Wall Street Journal columnist Kimberley Strassel or Fox News Channel host Laura Ingraham.

“He is feeling increasingly alone and isolated and frustrated,” the official reportedly said, adding that "it’s like death by a thousand cuts. One of the metrics by which he’s often judged any number of things is: ‘Who’s out there saying good things about me or fighting on my behalf?’ And he never seemed to think there were enough people doing it strongly enough.”

As the US House greenlighted Trump's second impeachment on Wednesday, ten Republican Representatives voiced their support for the move. While many accuse Trump of "inciting" the deadly Capitol Hill riot of 6 January, calls emerged for him to resign, as some lawmakers called on Pence to invoke the 25th Amendment to urge Trump to do so.

Pence, who reportedly broke ties with Trump over the vice president's reluctance to object the certification of the election results, expressed his opposition to invoking the 25th Amendment, saying that it would set "terrible precedent".

Trump denies responsibility for the deadly Capitol attack, claiming that he doesn't approve of violence and tweeting - prior to his social media platform ban) several statements with calls to refrain from violence. The FBI has warned of possible violent protests ahead of the 20 January Biden inauguration.