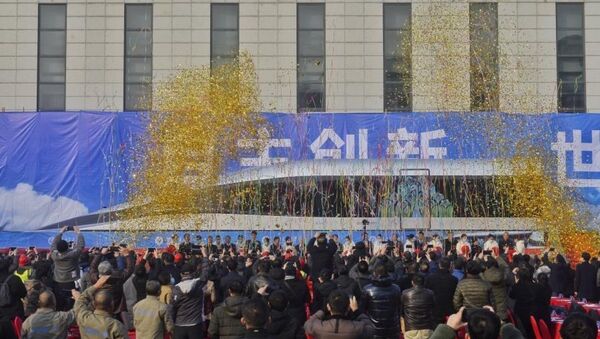 Morgan Artyukhina
All materialsWrite to the author
China announced plans for two new maglev train routes as part of its vast expansion of high-speed rail travel: one from Shanghai to Hangzhou and one from Guangzhou to Shenzhen.

China unveiled a prototype for a new kind of maglev train on Wednesday with the potential to become the fastest land vehicle on the planet.

The launch ceremony was held at Southwest Jiaotong University in Chengdu, where the designers presented the train’s locomotive and 165 meters of test track.

According to China’s Global Times, the train uses a new high-temperature superconducting (HTS) maglev technology that’s different from existing maglev trains, although both use powerful magnets to hover slightly above the track, reducing friction to practically zero. The new design is being called a "super bullet maglev train.”

“High” temperature here is relative, referring to materials that behave as superconductors above negative 196.2 degrees Celsius, the boiling point of nitrogen. 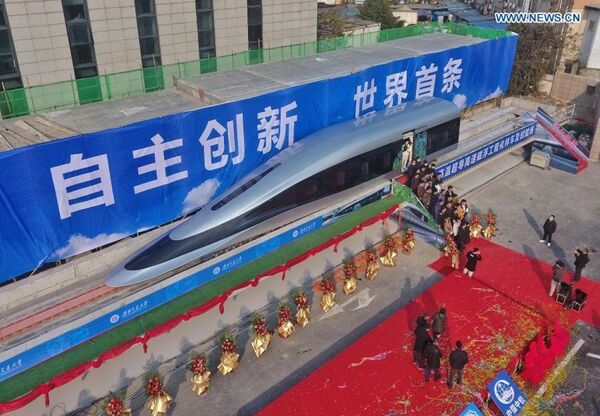 "Although the theory sounds good, everyone saw it [HTS maglev technology] as a lab toy in the past, without tests in a real situation," Deng Zigang, deputy director of the university's research center for super-high-speed maglev transport in low-pressure tubes, told China’s Xinhua News Agency.

By contrast, maglevs like the 30-kilometer track that connects downtown Shanghai to Pudong Airport, or the line being built between Japan’s Nagoya and the capital city of Tokyo, use an older low-temperature superconducting technology. 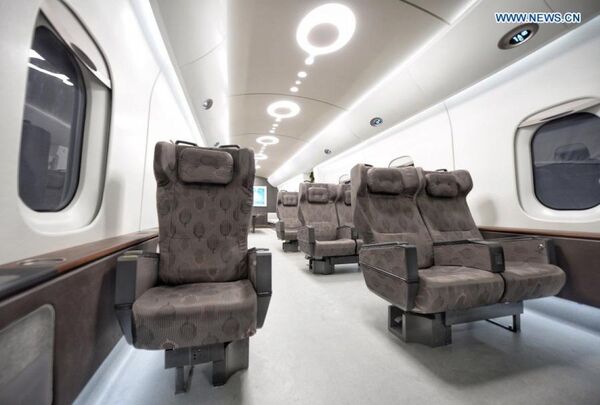 Deng explained that instead of expensive liquid helium, their process uses liquid nitrogen, which costs just one-fiftieth the price.

The project sprang from a $9.3 million investment and was jointly created by Southwest Jiaotong University, China Railway Group Limited and China Railway Rolling Stock Corporation (CRRC). The train has a lightweight, all-carbon-fiber body.

In 2019, CRRC unveiled another similar maglev train in Qingdao intended to largely replace air travel between Shanghai and Beijing, Sputnik reported. CRRC claimed the train can hit 600 kilometers per hour; the HTS train introduced Wednesday can reportedly hit 620 kilometers per hour, which would make it the fastest in the world.