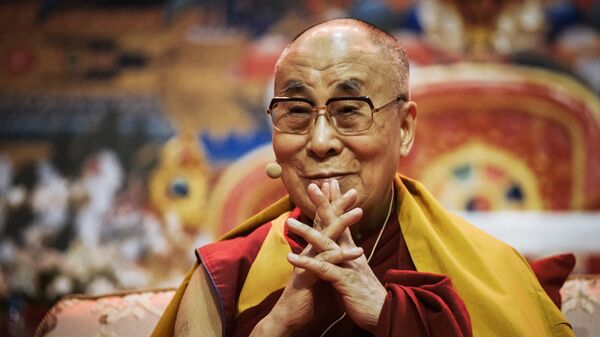 Igor Kuznetsov
All materials
The Tibetan spiritual leader, by contrast, admitted that his generation had "created a lot of problems" and that it is now up to the new one to solve them.

Swedish climate activist Greta Thunberg, who recently turned 18, has virtually met with the Tibetan guru Dalai Lama, who has been strongly supportive of her environmental cause.

The 85-year-old Tibetan spiritual leader praised Thunberg and called her a "real hope".

"When I heard this young girl from Sweden. I really felt: Oh, there is real hope from our younger generation who really thinking this environment and these things".

The Nobel Prize winner also self-deprecatingly said that the future depended on the younger generation and that his own generation had "created a lot of problems" that now need to be solved.

Thunberg expressed her "enormous" gratitude to the Dalai Lama for his support of the environmental cause and advocacy of her efforts in particular. The Dalai Lama previously endorsed the global school strike spearheaded by Greta Thunberg, when tens of thousands of pupils walked away from school to demand strenuous climate action from their respective governments.

It's quite right that students and today's younger generation should have serious concerns about the climate crisis and its effect on the environment. They are being very realistic about the future. They see we need to listen to scientists. We should encourage them.

​However, her gratitude didn't stop Thunberg from lecturing His Holiness about the importance of climate issues at the end of their tete-a-tete.

"If I could have ask one thing of you, it would be to educate yourself, to try to learn as much as you possibly can. There's unlimited amount of information, and spread that knowledge, spread that awareness to others", Thunberg said.

The Dalai Lama, the spiritual leader of the so-called "Yellow Hat" school of buddhism, has been a staunch advocate of environmental protection. Among other things, he has repeatedly emphasised that a clean environment is a human right and even called to promote vegetarianism in a bid to stop deforestation and cut methane emissions.

Greta Thunberg is a modern-day climate icon who shot to fame through her solitary protests opposite the Swedish parliament. During her spectacular tour de force amid celebratory and admiring publicity, Thunberg has accumulated an ever-growing list of trophies, prizes, and awards and appeared on front pages on magazines across the globe. She was even nominated twice for the Nobel Peace Prize as well, but narrowly missed both.

Despite her laurels, Thunberg remains a divisive figure. While enjoying a massive followship, she has numerous critics as well who see her as everything ranging from a manipulated and brainwashed girl with Asperger's to a puppet and a proxy.