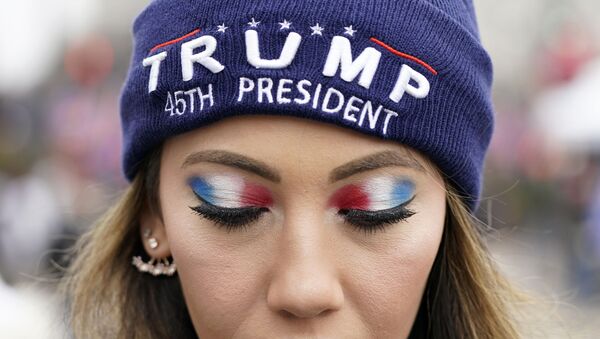 Ekaterina Blinova
All materialsWrite to the author
In the wake of the Capitol riots, House Democrats are going to hold a vote on Donald Trump's impeachment on Wednesday. International observers have explained why the media propelled the "insurrection" narrative by Dems and whether they will manage to cancel Trump's political career and cut him off from his base.

On 6 January, presumptive Senate Majority Leader Chuck Schumer called the Capitol protesters "rioters and insurrectionists, goons and thugs, domestic terrorists". The US left-leaning mainstream media echoes the narrative, running stories claiming that the president was up to nothing short of a coup and that he "should be criminally indicted for inciting insurrection".

While the mainstream press decries the 6 January Capitol riot as an attack on US democracy, the Federalist expresses bewilderment as to why the Black Lives Matter and Antifa summer riots which claimed the lives of at least 25 people have not been similarly reprimanded by the Democratic Party and the US media.

Why Language Employed by the Dems & MSM Matters

"The appalling attack on the Capitol in Washington brought out the worst in President Trump and the American media on the left: the president's late, weak, and lack of unequivocal condemnation will always be 'opportunity lost', while the media's selective 'blame all Trump supporters' response again ignored all of the 2020 violence and rioters in major cities, including the Summer of Rage and the abominable calls for bailing out violent protesters by now-Vice President-elect Kamala Harris", says Richard Vatz, a distinguished professor of rhetoric and communication at Towson University.

The Capitol siege, which followed a peaceful Trump rally outside the White House over suspected election fraud, resulted in five deaths and left many more injured. Nevertheless, it would be an exaggeration to call it an "insurrection" or "violent attack on the national government", argues Professor Joe Siracusa, a US politics expert from Curtin University, Australia.

"What it was, was a political protest that turned into a riot mainly because President Trump didn't handle them correctly", the professor believes. "He didn't tell them to attack the legislative body, they were protesters. I'm 76 years old. I lived through the Cold War and wrote 50 books about all this kind of stuff, and I know a protest from insurrection".

Siracusa highlights that the language employed by the Dems and the left-leaning press with regard to the 6 January DC events and the president's role in it is "very important": "The reason they chose insurrection, is because if [Trump is] convicted of insurrection, and then under Article 3 of the 14th Amendment, he can be barred from holding office for life", he explains.

This is escalating to a scary place. https://t.co/9T3XsYbQgE 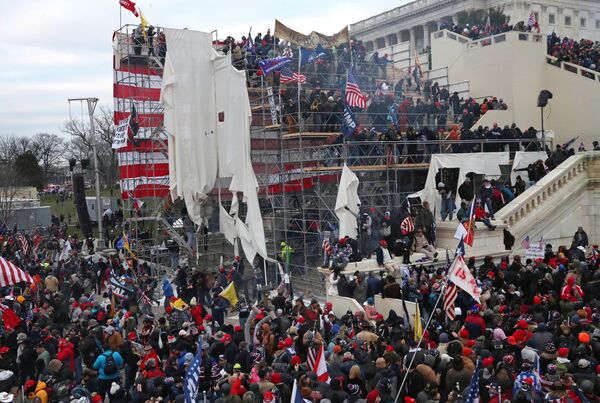 How Dems Monopolised the Media

The mainstream media has been playing a substantial part in promoting the Dems' narrative, notes Siracusa, stressing that The New York Times, The New Yorker, MSNBC, CBS, ABC, and others have been Trump's critics from day one. One of the reasons behind the Dems' monopolising the media is because many US commentators are either former government officials or fellows of establishment-backed think tanks, such as the Brookings Institute and the Council of Foreign Affairs.

ICYMI: This was the left for the last four years: pic.twitter.com/YeWVg58bJH

​These are the same people who have been attacking Trump for four years for his so-called Russian connections, and provide real-time commentary, whether it's the Mueller Report, or the ridiculous impeachment proceedings the US had a couple of years ago, he underscores, suggesting that there is "a conscious effort on behalf of the mainstream media to get rid of Donald Trump".

WaPo’s @Eugene_Robinson to @nhannahjones: How do we “deprogram” Trump supporters? pic.twitter.com/LnFrAd6NXZ 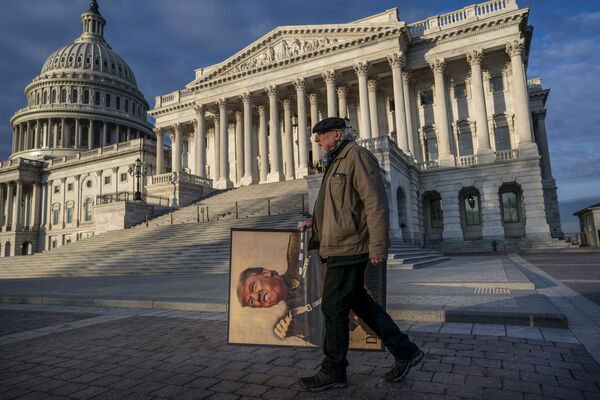 Anti-Trump activist Stephen Parlato of Boulder, Colo., arrives at the Capitol in Washington, early Friday, Jan. 31, 2020, as the Senate resumes the impeachment trial of President Donald Trump on charges of abuse of power and obstruction of Congress.
© AP Photo / J. Scott Applewhite

Although the Democrats, Big Media, and Big Tech have tried to cut Trump off from his base, their effort is doomed, according to the academic. No matter how hard they try to vilify the president, he still represents 75 million Americans "who have fallen behind in American life", Siracusa underscores, adding that these people have a good reason to be angry at the central government as they were slipping behind their living standards being left behind by globalisation. Therefore they turned to Trump as "their champion, because they thought he would go to Washington and take on the special interests that no longer have any interest in them", he says.

"I think the mainstream media and Trump's critics have miscalculated on the American public", Siracusa opines. "The American public are not stupid. They don't all have education, but they're not stupid. What the left don't understand about people in America: half of America doesn't have university degrees, but they're not unintelligent. They're workers. And they're artists. And they're this and they're not stupid, and these people reckon Trump attracted all these deplorable people, to use Hillary's phrase, and that's why she lost the election".