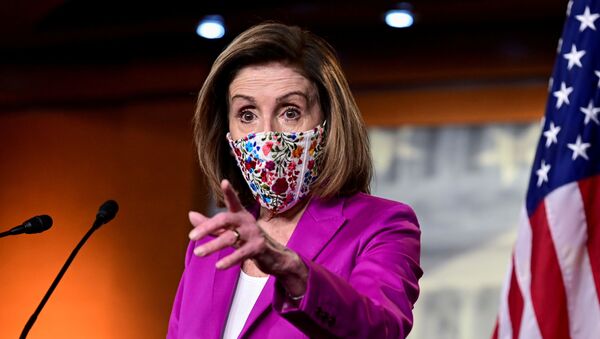 Tim Korso
All materialsWrite to the author
Ever since the Democrats accused President Donald Trump of inciting violent protesters to storm the Capitol building on 6 January, they have been seeking ways to remove him from office, preferably for good. However, this feat might not be as easy as they think.

The 24 hours that the Democrats gave Vice President Mike Pence to invoke Section 4 of the 25th Amendment to remove President Donald Trump from office are about to end, with the House Dems having already prepared a plan B to achieve their goal – impeach POTUS a second time.

Invoking the 25th Amendment, however, fails to reach another apparent goal of the Democrats - to prevent Trump from running for office again in 2024, as it does not include such a provision for a removed president. Moreover, Trump can object to the invocation of Section 4 and in this scenario, the Democrats will have to gather a 2/3 majority in both chambers to oust POTUS. 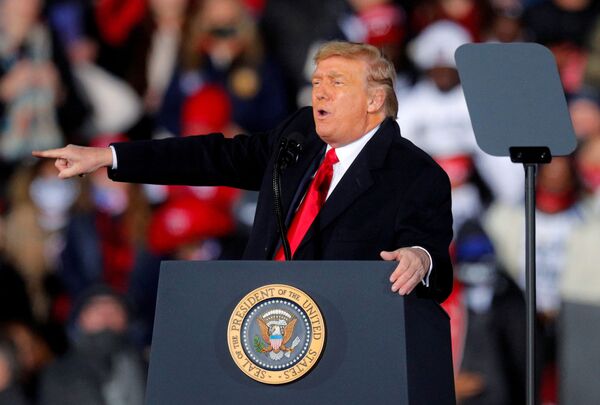 The impeachment scenario, however, opens a way for the Democrats to achieve both their goals. They will need only a simple majority to push the impeachment article through the House. However, to convict the president they still need to gather a 2/3 majority in the Senate, which will be divided 50-50 between the parties starting on 20 January, with Kamala Harris having a tiebreaking vote.

Several Republicans have also scolded Trump's behaviour and blamed him for the 6 January protest, but this does not guarantee the Democrats the 17 additional votes necessary to convict POTUS. Still, his conviction does not automatically remove the president from office and ban him from running for it again – such a decision is made via a separate vote in the Senate. US laws do not explicitly state whether a 2/3 or a simple majority is required in this case, but the motion is unlikely to pass without Democrats first gathering enough votes to convict Trump.

Section 4 of the 25th Amendment and impeachment are not the only ways to remove the president from office. Technically Section 3 of the 14th Amendment might also qualify. It was adopted in the aftermath of the Civil War to prevent former Confederates from holding office and prohibits any person who had "engaged in insurrection or rebellion" or "given aid or comfort to the enemies [of the US Constitution]" from holding any office.

While it has only been used to remove a person from office once, over 100 years ago, some historians argue it is applicable if Trump's actions on 6 January are classified as "insurrection" or as aid to those who engaged in it. However, the issue with Section 4 is that it offers no clear mechanism to determine whether a person meets these conditions or how they should be removed from office. At the same time, the Democrats could invoke the section as a basis to prevent Trump from running again in 2024, for example at the stage of his registration as a candidate.

In the course of the discussions in the House, some Democrats suggested using the 14th Amendment as a tool to oust President Trump, but so far the party has opted for impeachment, formally introducing only one article - "incitement of insurrection". The House is scheduled to vote on it on 13 January. The Democrats have vowed to initiate the process should Vice President Mike Pence not meet the demands of the ultimatum and invoke the 25th Amendment.

000000
Popular comments
Well, after 4 years Trump would certainly have a colorful Resume for future job applications...!

netman
12 January, 21:34 GMT1
000000
I think the best way for the Democrips to block Trump from holding office ever again is to offer up better candidates for their own ticket instead of the usual uninspiring corporate stooges.