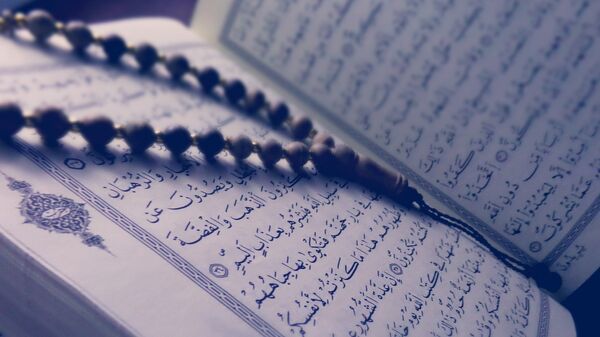 Igor Kuznetsov
All materials
While the deployment took place without permission and the identity of those responsible remains unknown, the metal Quran statue has already stirred controversy, sparked debate, and suffered vandalism.

A concrete block with a gilded Quran on top has been placed as a statue in a park in the city of Malmö.

The Quran is depicted in metal and placed on top of a sloping concrete foundation about half a metre wide.

Newspapers Sydsvenskan and Expressen presented the object as a "work of art", emphasising its "official look". Expressen even speculated that it could be a form of "guerilla artwork" intended to provoke or give food for thought.

The City of Malmö said they had no previous knowledge of the deployment, are unaware of the authors' identity, and remain undecided about its future.

"This is certainly an installation that someone put in place on their own. This is something we will have to investigate in the coming week and see how we handle it", Tobias Nilsson, department manager at the real estate and street office, told Sydsvenskan.

"It can become sensitive if dog owners let their dogs pee on it or something like that", he pointed out.

Regardless of whether it is a work of art, a political statement, or a religious shrine, it was soon vandalised, as a piece of the concrete foundation was chipped away.

Furthermore, street artist Dan Park, who is known for provoking outrage with political messages mixed with satire, wrote "Burn" below the metal book. Park himself described his performance as a "counter-action against Islamisation".

​"I disarmed a politically correct provocation that the Quran sculpture was from the beginning. Pro-Islamisation became No-Islamisation", Park told the news outlet Samhällsnytt.

Park further ventured that the sculpture hadn't been set up by Muslims but by left-wingers.

The artist, who is no stranger to controversy himself, attracted national attention in August of last year when he, jointly with Danish-Swedish politician Rasmus Paludan, planned an anti-Islamic demonstration with Quran-burning in Malmö, which the police denied on the grounds that they could not guarantee security anywhere in the city. The Quran, however, was still lit by Paludan's supporters, which resulted in Islamic riots.

Malmö is often touted as Sweden's most multicultural city and is home to people from 184 nationalities. Depending on the method of calculation, between a third and a half of its population of 330,000 have a foreign background, including a sizeable Muslim diaspora that includes Bosnians, Lebanese, Somalis, Afghans, Syrians, and Iraqis.