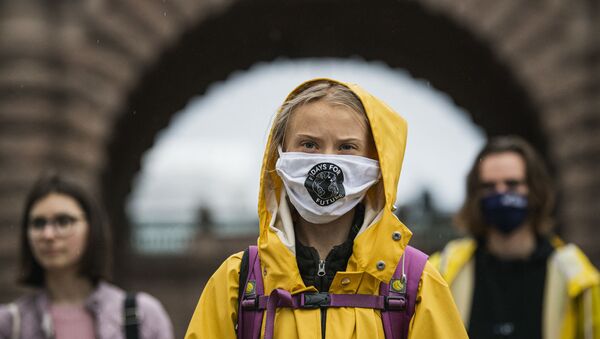 This year's stamps issued by PostNord focus on the environment and the environmental goals set by the Swedish Parliament to preserve the country's nature for future generations.

PostNord AB, a merger of the Swedish and Danish postal companies Posten AB and Post Danmark, will issue stamps this year featuring the image of 18-year-old environmental activist Greta Thunberg among others, the company said in a statement published on its website.

"The motifs on stamps should reflect our time, where the environmental issue has been relevant and present for many years, not least through Greta Thunberg's strong voice", the statement reads.

The pictures on the stamps that are to be issued on 14 January were created by Henning Trollbeck. The one with Greta shows the 18-year-old girl in a yellow raincoat standing on a rock against a blue sky with colourful clouds and looking at the swallows.

Other stamps feature Swedish flora and fauna. Three stamps will mark the city of Gothenburg on the country's west coast, which turns 400 this year.

She has since become the symbol of the youth movement demanding a sustainable future. The teenager has met with a slew of world leaders to push her case and was named Time's 2019 Person of the Year, having inspired marches and copycat activists around the world.