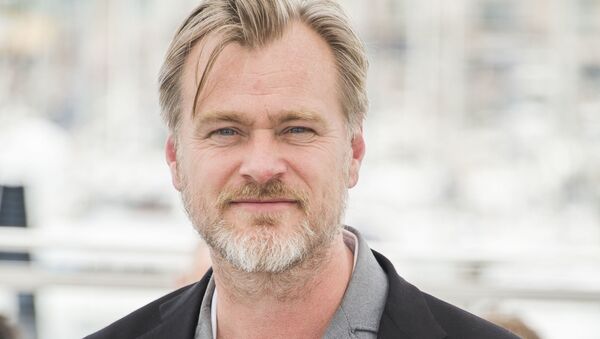 The beauty and aesthetics of Indian culture and ambiance have attracted Hollywood filmmakers in the past, prompting them to shoot their movies in places like Rajasthan, Gujarat, and Mumbai.

Hollywood filmmaker Christopher Nolan, too, returned to India for a second time in 2019 to shoot some portions of his new movie "Tenet" in Mumbai, known as the entertainment hub of India.

The director seems to be in love with the country and aspires to return to India to shoot again and work with many Indian actors.

"I had an amazing experience in India, and I definitely want to come back and work more in India with Indian actors. I don't know what I'm doing next", Nolan told Indian news agency IANS.

During his visit, the maverick filmmaker happened to meet some big Bollywood stars including Amitabh Bachchan, Kamal Haasan, and Shah Rukh Khan.

Having shot his film "Tenet" all over the world, Nolan shares that some of his favourite scenes are the ones that "were shot in Mumbai".

"The love for films in that city is really palpable. The experience of meeting filmmakers of Mumbai and getting to see the sights and sounds of Mumbai was very inspiring for me. It immediately set my imagination to work on how I could come back there and do some shooting", he adds.

The flick "Tenet" was filmed in some of Mumbai's hot tourist destinations, including the Taj Mahal Palace Hotel, Gateway of India, the Colaba Market, Grant Road, the Royal Bombay Yacht Club, and Colaba Causeway.

Apart from India, the "Tenet" director rolled his cameras across seven countries, including the US, the UK, Denmark, Estonia, Italy, and Norway to film the blockbuster.