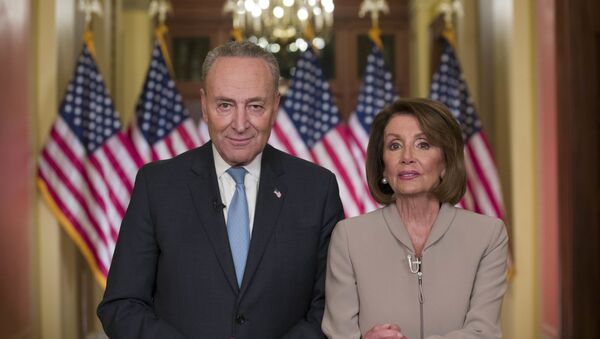 Ekaterina Blinova
All materialsWrite to the author
On 10 January, House Speaker Nancy Pelosi gave Vice President Mike Pence an ultimatum, saying that Democratic lawmakers will proceed with legislation to impeach President Donald Trump unless the veep removes him by invoking the 25th Amendment. US political commentators have shed light on the Dems' rationale.

Nancy Pelosi's impeachment initiative came on the heels of the 6 January Capitol Hill protests, which resulted in five dead and many more injured. According to the draft of the article of impeachment titled "Incitement of Insurrection", President Trump had "engaged in high crimes and misdemeanours by wilfully inciting violence against the Government of the United States". This is not the first time that the House Democrats have tried to impeach and oust the president. The previous attempt, which was approved by the lower chamber along partisan lines, was nixed by the Republican-controlled Senate that acquitted Trump in February 2020.

It is not clear what Pelosi's purpose for removing Trump through the invocation of the 25th Amendment was, given that fewer than 10 days are left before President-elect Joe Biden's inauguration, notes Anthony Angelini, a GOP political consultant.

"Legally speaking, invoking the 25th Amendment does virtually nothing", he says. "Technically, it doesn't even 'remove' the President from Office. It is a way to strip the president of his power in a time of crisis. In that case, veep becomes acting president for 21 days. The president retains his title, pension, and perks of office, but has no power. If, after 21 days, the Congress votes to ratify the invocation of the 25th amendment, then the president can be removed".

In this case, Congress would not even vote on it before Biden is sworn in, Angelini notes dubbing the initiative as "political theatre" and "a pointless, feel-good charade".

"The more silly moves the politicians make in the bottom of the ninth inning, the weaker America looks", the GOP consultant stresses. "We have a constitutional process, and actually, despite everything, it worked. Now is the time to let the Constitution do its job".

On the other hand, the legal ramifications of a full-blown impeachment, proposed by the House, carry a little bit more weight than an invocation of the 25th Amendment, according to Angelini. If the articles of impeachment are approved Trump will be barred from seeking elected office for the rest of his life. "I'm sure the Democrats would breathe a collective sigh of relief knowing that", the GOP consultant remarks. Still, he views this effort as yet another waste of time, given that Congress does not have enough time to complete the impeachment process before Trump's departure. 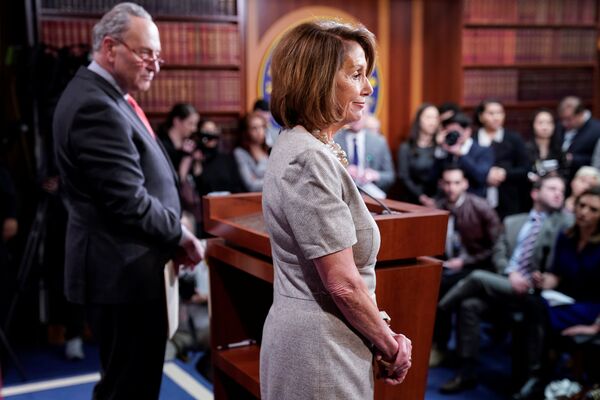 What are Dems' Chances of Impeaching Trump?

"I believe this second attempt at impeachment is clearly about preventing Trump from running again in 2024", deems American independent journalist Max Parry. "Now that the Democrats have captured both houses after the Georgia Senate run-off, there is a greater likelihood unlike the first impeachment that an indictment could pass both the House and Senate. Assuming two thirds in the upper chamber convict him, senators would be able to then vote to bar him from running in 2024".

Judging from the GOP's apparent change of heart following the Capitol incident, it seems that it's in their interest to get Trump out of their hair, the journalist suggests. "Prior to the riot this scenario was highly unlikely but this event has been a game changer", he says, adding that "there is a lot of pressure on Republican lawmakers to distance themselves from Trump right now".

However, Harvard Law Professor Emeritus Alan Dershowitz recently opined that the Democratic Party has virtually no chance of impeaching and removing Trump before 20 January. "The case cannot come to trial in the Senate. Because the Senate has rules, and the rules would not allow the case to come to trial until, according to the majority leader, until 1 p.m. on 20 January, an hour after President Trump leaves office", Dershowitz told Fox News on Sunday. After Trump steps down he will be a private citizen whom the US Congress has no power to impeach, the lawyer explained. 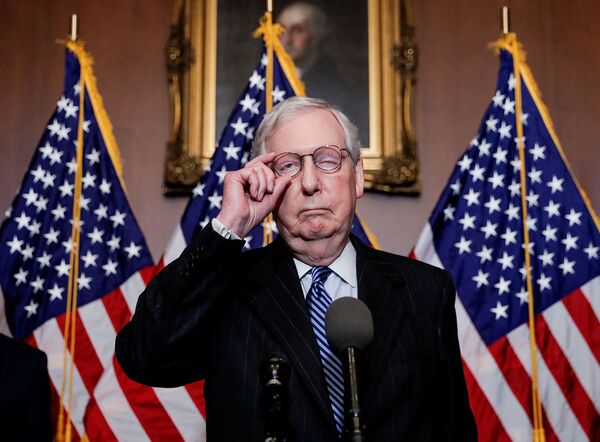 US Has Turned Into 'Banana Republic'

The unfolding situation appears absurd, according to Geoff Young, who ran for Congress to represent Kentucky's 6th Congressional District in the Republican primary in June 2020.

"The United States is now a banana republic, and that's how things are done in banana republics", he says. "Pure, raw power rules the day, the rule of law is dead and buried, propaganda is constantly spewed forth by the mainstream media corporations, and totally corrupt politicians do whatever they can get away with. So why is the Democrat Party trying to get rid of Trump within the next nine days? Simply because it can".

However, he is by no means surprised by the Democratic Party's initiative, referring to the controversy surrounding the 2020 presidential election: "Did Joe Biden win the general election? I'm 90% convinced he did not", Young says, expressing similar scepticism with regard to Biden's victory in the Democratic primaries.

"There are boxes of evidence and hundreds of hours of sworn testimony, gathered from witnesses under penalty of perjury", the politician highlights. "But dozens of judges dismissed those GOP lawsuits! After six years of trying to stop primary-election-rigging in Kentucky, I've learned from bitter experience that my lawsuits will be dismissed for legally frivolous reasons or for no reason at all, regardless of how well-pleaded they are".

A December Quinnipiac University poll indicated that 77% of Republicans believe there was widespread voter fraud during the November election; 34% of all registered voters share this stance as well, while 60% believe that Biden won fair and square.