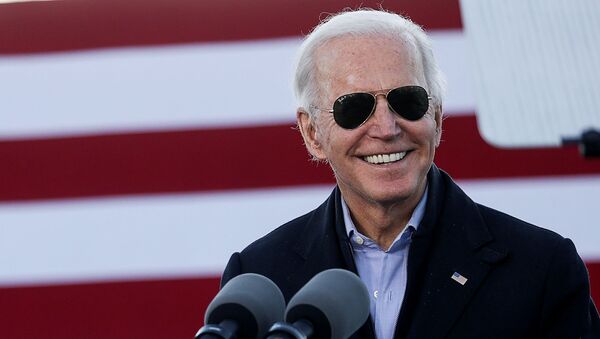 Tim Korso
All materials
Although the upcoming 20 January inauguration ceremony is expected to be significantly smaller in scale due to the pandemic, the Biden campaign sent out fundraiser packages to potential donors offering them exclusive options for attending the event. The top package offers a person or a company to be named a chair of the inaugural events.

The Biden Inaugural Committee has published the list of its top donors, who contributed over $200 dollars to the organisers of the ceremony and related events, revealing that several giants of American business were among the major contributors.

At the same time, the Biden Inaugural Committee refused to accept donations from a number of sources, namely from registered lobbyists and foreign agents, as well as from companies engaged in "the extraction, processing, distribution or sale of oil, gas, or coal". PACs and executives from fossil fuel companies were also banned from contributing to the committee.

The committee has so far not revealed the size of the donations by the corporations, but is bound to do so at a later date in accordance with US laws. However, when the Biden campaign started sending out inauguration fundraiser packages to potential donors in the middle of December 2020 the biggest lot was $500,000 for private individuals and $1,000,000 for companies, which would grant the respective entity chair status for the inaugural events.

The packages reportedly provided exclusive access to the inaugural events, which, however, are expected to be limited due to the continuing coronavirus pandemic. While the scale of the inauguration ceremony remains unclear, President-elect Joe Biden and Vice President-elect Kamala Harris will still be attending the ceremony held on Capitol Hill as per tradition. The event is also likely to have increased security following the events of 6 January, when supporters of President Donald Trump stormed the US Capitol as Congress was engaged in certifying Biden's victory in the election. The incident, condemned in the strongest terms by Democrats, Republicans, and later Trump himself, left four protesters and one member of the Capitol Police dead as a result of the clashes.