Bahrain to Resume Air Traffic With Qatar on Monday - Reports 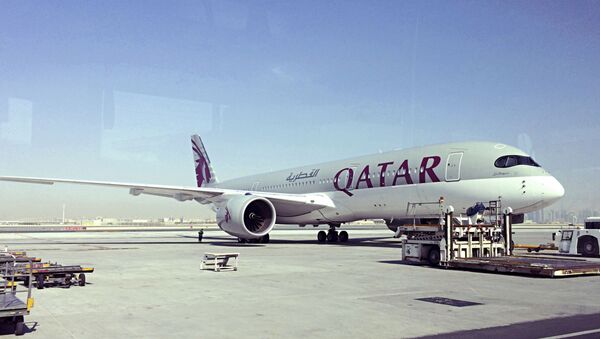 Previously, Saudi Arabia and the United Arab Emirates announced resuming air, land and maritime travel with Doha after a 3.5-year freeze, caused by the severance of diplomatic ties between Qatar and other Persian Gulf countries.

According to the news outlet, all the relevant changes and measures will enter force at 00:01 GMT.

In 2017, the United Arab Emirates, Saudi Arabia, Bahrain and Egypt cut diplomatic ties with Qatar, accusing it of meddling and sponsoring terrorism. Several other countries later did the same, while others downgraded their diplomatic ties with Doha and introduced a total blockade of the country. Doha has consistently denied the accusations, insisting that their neighbors' discontent with its economic successes was behind their hostile policies. The impasse was overcome earlier in the month, when the Saudi-hosted 41st summit of the Gulf Cooperation Council adopted a declaration on restoring unity among the Gulf countries.