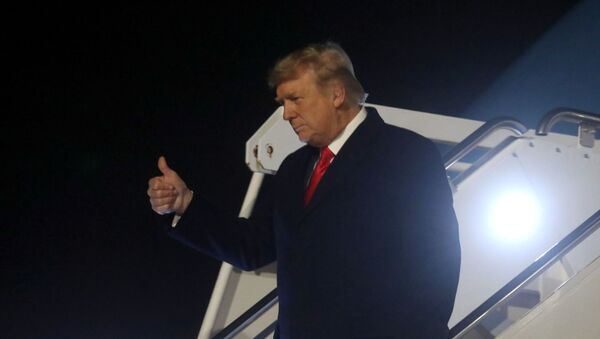 "Donald John Trump engaged in high crimes and misdemeanours by wilfully inciting violence against the Government of the United States," the Democratic Party claims, as quoted by NBC News on 9 January. Should the president be found guilty, he will be banned from from running for president again, according to the media outlet.

Democratic leaders of the Congress will move on the impeachment process as early as next week unless Trump resigns, as House Speaker Nancy Pelosi signalled on Friday. Earlier, she and presumptive Senate Majority Leader Chuck Schumer called upon Vice President Mike Pence to invoke the 25th Amendment to remove Trump from office before Joe Biden's inauguration.

"I don't think it makes any sense at all to pursue an impeachment," says National Security Public Safety Executive Derek Maltz. "They already did that. And it was absolutely an embarrassment to the country, what they went through during the House impeachment of President Trump."

It's not the first time that the Democratic Party has tried to impeach Donald Trump. Having won the majority in the House in 2019, the Dems kicked off an impeachment inquiry against the president and approved articles of impeachment on charges of abuse of power and obstruction of Congress on 18 December, 2019. House Democrats came under heavy fire from their Republican peers for an alleged lack of transparency and inconsistent accusations. The Dems' initiative came to nothing as the Senate acquitted Trump on 5 February, 2020.

"At this stage of the country, in what's going on the last four years, it's probably best that they try to unite the country as opposed to the silly politics at the end," Maltz says. "President Trump has 12 days left in office, he has done a phenomenal job. He's been one of the greatest presidents we've ever had in this country, as far as results."

The security executive emphasises that President Trump has exposed corruption in the American government and the US mainstream media and has always put America first. "So there's absolutely no reason to even be talking about impeachment," he says.

"As a matter of fact, another important point: over the last several months of protesting, and fires and looting, we never heard too many Democrats coming out and condemning those type of actions," Maltz adds, referring to Black Lives Matter protests which erupted in the wake of George Floyd's death while he was in police custody. 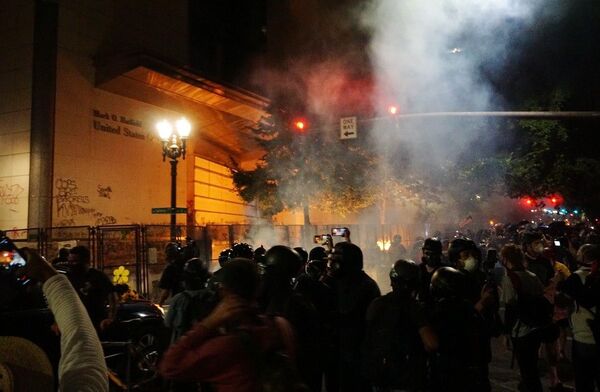 "The President of the United States was in the media shortly after this catastrophic event took place. And he was very critical of the protesters that cross the line and breach the Capitol security," he continues. "So, President Trump handled it the best that he could, considering the circumstances. But I didn't see any members of the Democratic Party out, you know, speaking out about all the violence going on in the cities and all the business owners, legitimate business owners that lost their business over the looting, and the protesting and the rioting that took place for several months. So there's a double standard in the press reporting, and even the public." 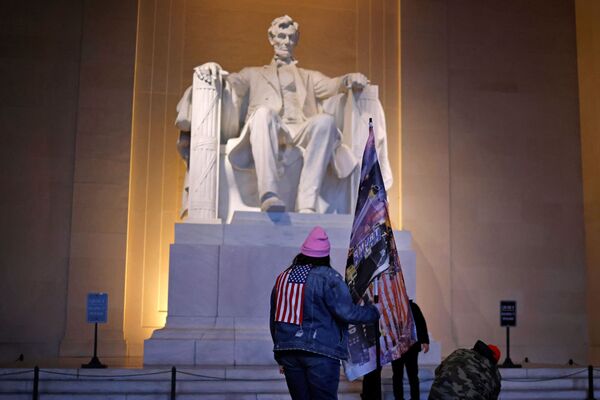 From 'Trump-Russia Collusion' Narrative to Impeachment 2.0

The Democratic Party's new impeachment initiative is just yet another episode in a long string of efforts to vilify Trump during his four-year term, according to the security expert. From day one of Trump's presidency, the Dems and left-leaning media circulated allegations of his "collusion with Russia," which proved to be hot air after Special Counsel Robert Mueller concluded his two-year long investigation into the matter in March, 2019.

"The President has been on the fire from the first day he got in office, he was unfairly treated," says Maltz. "But despite the treatment, he still accomplished unbelievable and unprecedented success. And so it's very unfair the way he's been treated. And even down the finish line here."

The security executive expresses doubts that the 2020 presidential election was fair and suggests that the massive fraud took place, referred to numerous affidavits and testimonies delivered by poll watchers and other people who came forward. Given this it's hardly surprising that people are so frustrated, according to him. "It's not acceptable, though, to storm the Capitol. Nobody agrees with that. That was like taking too far," Metz adds.

However, he concludes by saying that it's not right to pin the blame on Trump, while claiming that the US mainstream media has been very biased and treated the president and his supporters unfairly over four years. "I think the media has a big responsibility here. And they want to blame President Trump, but I blame the media much more," he says.