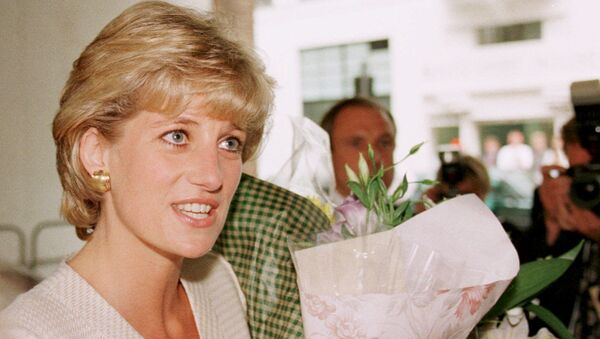 Aleksandra Serebriakova
Moscow-based Sputnik correspondent specializing in foreign affairs.
All materialsWrite to the author
The BBC appointed a Supreme Court judge in November to lead an independent investigation into Princess Diana infamous 1995 Panorama interview with Martin Bashir, during which she spoke about Prince Charles’ infidelity. The princess’ brother, Charles Spencer, is accusing Bashir of tricking his sister into the talk with falsified back statements.

Hasnat Khan, a Pakistani-born heart surgeon who dated Princess Diana between 1995 and 1997, said that BBC reporter Martin Bashir had “filled” his ex-lover’s “head with rubbish”, which prompted her to give him her scandalous Panorama interview.

“He was a cunning man, I am sure he did his homework,” Khan told his friend, Daily Mail editor Richard Kay.

“He started with Charles Spencer, who wanted protection from the tabloids and so easily fell for all his lies that he was investigating the Press. From the little I knew it was clear he was very persuasive with Diana. It was all about him being from the BBC, being respectable and very pious, even.”

The now-infamous Panorama interview, that was watched by nearly 23 million viewers across the United Kingdom, was conducted in 1995 shortly after Khan and Princess Diana started dating. During the talk, the Princess of Wales unveiled to Bashir and the whole world the depressing state of her marriage, and the role Camilla Parker Bowles, Prince Charles’ lover, had played in it.

Many were curious at the time why the princess chose to share such intimate details about her personal life with the then-little-known 32-year-old journalist. Diana’s brother Charles Spencer then accused Bashir of tricking the princess into the interview with the help of two fake bank statements and false claims that senior royal members were conspiring against her and that she had to fight back by giving a public talk.

BBC launched an internal investigation into the matter in 1996 but concluded at the time that the fabricated documents in question, created by the corporation’s freelance designer, hadn't influenced Princess Diana’s decision to talk about her family affairs. Twenty-five years later, the scandal has taken a new turn, with the broadcaster appointing Supreme Court judge Lord Dyson to lead an independent probe into the matter. 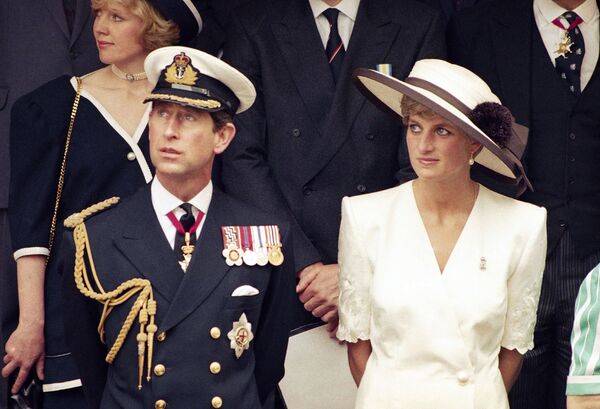 This 1991 file photo shows Prince Charles with his wife Princess Diana. FX has announced a 10-episode series that will spotlight the doomed royal couple Charles and Diana. It is scheduled to air in 2018
© AP Photo

Khan, who said he was introduced to Bashir by Princess Diana on one occasion, argued that he believed that the man was dangerous.

“I remember telling her I didn’t like him, didn’t trust him and that she should have nothing more to do with him,” the 62-year-old surgeon unveiled.

According to Khan, the princess believed that it was important for her to give an interview in order to finally get a divorce from Prince Charles and “possibly get any measure of freedom”.

“She complained bitterly that Charles was able to get away with whatever he wanted, could see Camilla and there was hardly a raised eyebrow,” Khan claimed.

“But she couldn’t see anyone without there being a big fuss in the papers. She said that if she was divorced she could date who she liked. This was not about me and our relationship at all. Rather she said it was about the boys, that it was important what William and Harry thought about her.” 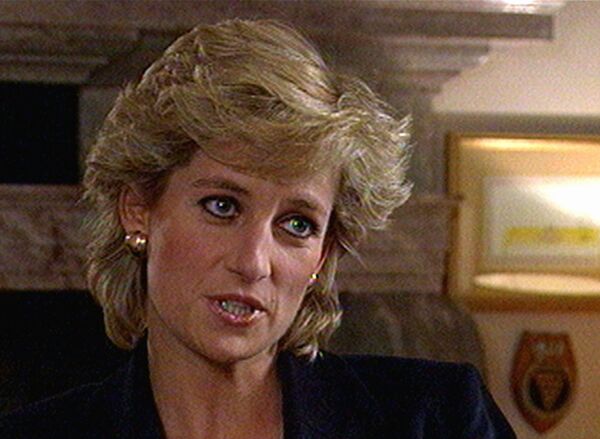 But his still believed that his ex-girlfriend’s interview was a “big mistake”.

“She called me as soon as it was finished and asked me what I thought. I felt it was a big mistake and I told her it was terrible but then added, ‘If you are on a mission, you have done the job’.”

Khan argued that “there was a part of Diana that wanted to give an interview,” however, he asks, “if Martin Bashir had not been there persuading her, would she ever have done it?”

According to the surgeon, who broke up with Diana shortly before her death in August 1997, the princess cut off her ties with the BBC reporter because of her eldest son Prince William.

“He hated the Panorama interview and told her she had made a mistake, which had upset her. But he was very direct and said: “Mummy, he’s not a good person.”’

Khan, who now works as a consultant surgeon at Basildon and Thurrock University Hospitals in Essex, said that he had recently been contacted by his acquaintance who also personally knows Bashir, saying that the BBC religious editor’s emotional state was not very good at the moment. The journalist also apparently had a personal “favour” to ask Khan for.

“He phoned me and said he knew Martin Bashir and that he was under a lot of stress. He said he was a decent man but that he was very depressed and that he had a favour to ask, would I talk to Bashir?

“I think the idea was that I would say something about how Diana wanted to do the interview. I could not do that. Anyway I said I didn’t know him and I never heard any more.”

Just a month after breaking up with Khan, whom she reportedly described as “Mr. Wonderful”, Princess Diana started dating Egyptian film producer Dodi Fayed. The two died together in a car crash in 1997 in Paris when driving away from paparazzi.