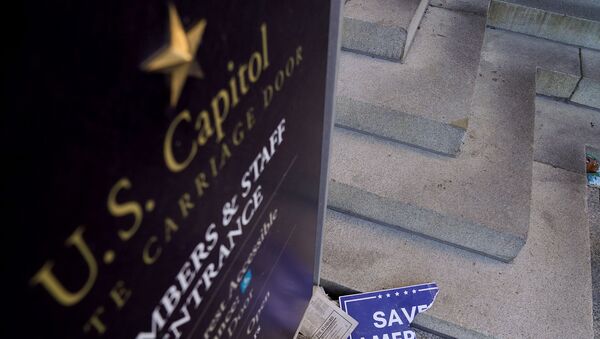 © REUTERS / ERIN SCOTT
Subscribe
International
India
Africa
Ekaterina Blinova
All materialsWrite to the author
Donald Trump's chance of coming out on top in 2024, should he throw his hat in the ring, has plummeted, according to bookmakers. Delaware State University Dr. Samuel Hoff has weighed up the president's election odds and explained how the recent riots affected Trump's position in the US political arena.

On Thursday, President Donald Trump delivered a video address on Twitter following a 12-hour ban by the social platform after the Capitol breach on 6 January, when US protesters burst into the congressional building and disrupted the joint session aimed at certifying Electoral Votes.

Having admitted that the nation has undergone an intense election, the president underscored that "calm" needs to be restored: "A new administration will be inaugurated on 20 January", Trump said. "My focus now turns to ensuring a smooth, orderly, and seamless transition of power. This moment calls for healing and reconciliation." Concluding his speech, the president told his supporters: "Our incredible journey is only just beginning." However, Trump's 2024 elections odds have slid after the clashes at Capitol Hill, writes Newsweek, citing leading bookmaker Betfair. According to Betfair estimates, the president had drifted out to 10-1, from 7-1.

After the fierce election race and legal battle over the alleged voter fraud, Donald Trump has obviously finished his fight for this term, according to Dr. Samuel Hoff, professor emeritus of history and political science at Delaware State University.

"[Trump] lost the presidential election 2020, but he's got the most votes of any loser in American history, over 70 million," the professor remarks. "The American political system allows a person to serve as president for two terms. They don't have to be successive."

Still, the academic admits that the Capitol riots which took place after the Trump rally, during which he pledged to never concede, dealt a blow to his future presidential bid.

"President Trump goaded the rioters, you know, we could say it was a case of the president behaving badly," he remarks. "If he wants to continue to be a force in American politics, then I think he realises that he's going to have to make a smooth transition to the next president, get out and make his mark from the outside. So he's got to be very careful in actions that he takes in the next couple of weeks, because a lot of his own party members are very upset at what happened the other day at the Capitol."

To add to the controversy, the violent clashes that claimed the lives of five people, including a police officer, has seriously marred the US international image, making it, at least temporarily, "less able to be a moral leader", according to the academic. 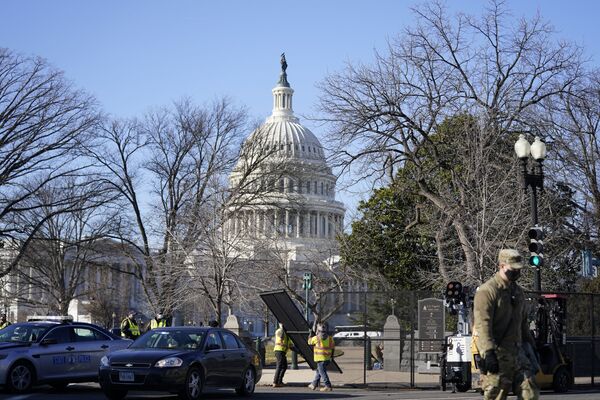 The GOP is at a Crossroads

The Republican Party's dissatisfaction with Trump has certain grounds, according to the academic: immediately after 2016 the GOP had a really good position controlling the House of Representatives, the Senate and the White House. However, over the four years of President Trump's term, they lost all three. Now the Republicans have to manoeuvre to take over the House or the Senate in 2022 and get a viable candidate for president in 2024, otherwise they could be locked out of power for another 40 years, like they were between 1940 and 1980, according to Hoff.

"We have a strong two-party system and Donald Trump has actually added an element to the Republican Party that may split it for a time to come", he says. "I do think there will be trouble in the sense that there'll be divisions between the Trump people, the people that continue to support Donald Trump, and those who want to bring the Republican Party back into a more diversified position".

As a person who has worked for Republicans and Democrats in three congressional staff positions, Hoff acknowledges that both parties have changed a lot over the decades, recalling that before becoming a largely conservative party, the GOP had a conservative, moderate and even a liberal wing. "So, I don't think the Republican Party is going to die," he adds. 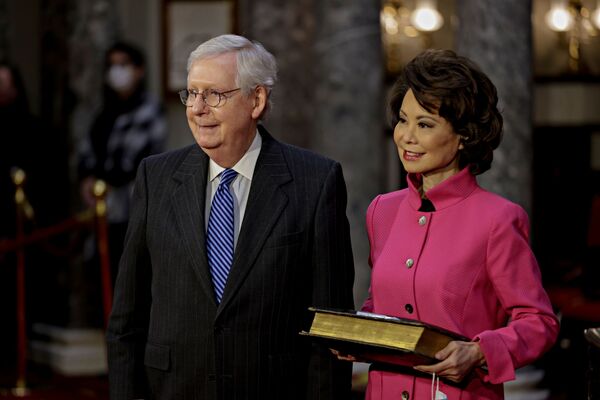 Swearing-in for members of 117th Congress at the U.S. Capitol Building in Washington
© REUTERS / Samuel Corum

Biden Will Now Have to Deal With Trump's Base

On the other hand, Donald Trump still has a base amounting to over 70 million people, and the Republicans as well as the incoming Biden administration will have to deal with that, according to the professor.

"We can't just say, okay, we have a new party in power, so we're going to ignore those 70 million plus folks who supported the president," he says. "So we, in some ways, we have to try to figure out what's beyond their affiliation with Donald Trump, what's their beef? Why are they angry? And what are ways to connect to them in ways that will bring them into the system that may not simply be blindly following Donald Trump after he leaves office?"

​The professor believes that Joe Biden is well-positioned to bring the nation together, given his political experience and personal history.

"I think that there is a better chance to bring people together with him coming in office than there would be if President Trump had gotten reelected," Hoff opines. "And in the sense of what just happened, I guess that's a good thing."

At the same time, Trump is likely to continue maintaining ties with his base through social media, according to the academic: "He has followers and he certainly has the social media devices and other means of constantly being in touch with his followers if he wants to," he says. "Certainly the media is not simply going to drop them on 20 January, when the new President Joe Biden is inaugurated."