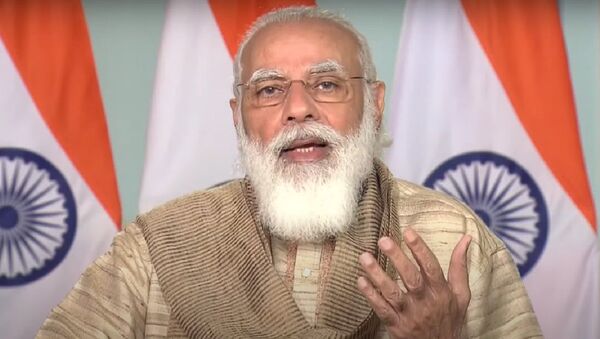 Ashutosh Kumar
Sputnik correspondent
All materialsWrite to the author
The Indian government has approved two Covid–19 vaccines for emergency use: Covishield - prepared by the Serum Institute of India in collaboration with the Oxford University and AstraZeneca - and Covaxin, the domestically developed vaccine by Bharat Biotech company.

The statement came amid criticism of the proposed vaccination programme in the country from some political parties who are particularly opposed to approval of Bharat Biotech’s Covaxin for emergency purposes even though it has not finished its Stage III trial.

Shashi Tharoor, a member of India's main opposition party, Congress, and Akhilesh Yadav, a former chief of Uttar Pradesh state and now leader of opposition party Samajwadi, have also said they are opposed to the vaccine - Akhilesh even called Covaxin the vaccine of the federally ruling Bharatiya Janata Party for which he faced a lot of criticism, as it was interpreted as doubting the efforts put in by scientists to prepare a vaccine against Covid-19.

During the recent 2020 Bihar State Legislature elections, Tej Pratap Yadav earnt high praise for taking on almost singlehandedly Modi's BJP as well as the ruling party in Bihar, Janata Dal-United. During polling, he made many statements against both parties, or lampooned Modi and State chief Nitish Kumar over past remarks.

His father and former Bihar state chief Lalu Yadav is well-known for the comical way he delivered his speeches but he is now behind bars because of various scams.