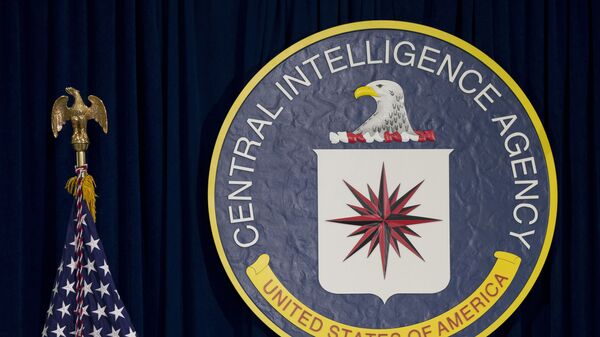 WASHINGTON (Sputnik) - US President Donald Trump could be removed from office before President-elect Joe Biden's scheduled inauguration on January 20 to prevent the risk of him declaring war on Iran, former CIA official Philip Giraldi told Sputnik on Friday.

Earlier in the day, House Speaker Nancy Pelosi announced she had discussed with US military chiefs precautions to ensure Trump cannot access launch codes to start a nuclear war. This came on the heels of the pro-Trump mob riots on Capitol Hill earlier this week that aimed to prevent Congress from certifying the presidential election results.

"My concern is that he is unbalanced enough to start a war with Iran," Giraldi, head of the Council for the National Interest, said. "I think he is demonstrably mentally unbalanced and could be removed on that basis through the 25th amendment."

However, despite statements by Democratic House leaders that they were going to launch an impeachment process, Giraldi expressed skepticism that enough Republicans in the Senate would be willing to vote for any impeachment articles against Trump.

Giraldi explained that he did not believe the Democrats could establish a clear case that Trump had called for an insurrection.

"To impeach Trump they would have to demonstrate that his comments amount to a call for insurrection. I doubt if they can make that case unambiguously and few Republicans will support it in any event," he said.

Could President Trump Be Forcibly Removed From Power?
Also, the launching of any new impeachment process against the president would further divide the country at a time when both Democrats and Republicans were calling for a united front to reduce partisan tensions and the threat of political violence, Giraldi noted.

"There is the political consideration which is that if the Democrats are successful that would make Trump a martyr, which is precisely what is not needed at the moment," he said. "Rioters, if they can be identified, will likely face minimal punishment as it is in everyone's interest politically speaking to make this go away."

Yet many questions remain open about the ease with which the rioters were able to storm the Capitol, Giraldi said.

"The whole episode was disgusting and we will likely never learn of the connivances whereby the demonstrators were allowed to enter the building," he said.

Calls for impeachment emerged after thousands of Trump supporters stormed the US Capitol on Wednesday in what was described by many politicians as a "coup attempt". The siege resulted in at least 5 people killed, including a police officer and a female Air Force veteran.

Democrats have called for invoking the 25th Amendment, which would result in Vice President Mike Pence taking Trump's post before Joe Biden formally takes office on January 20. If that doesn't happen, they are ready to proceed with an impeachment procedure against Trump.

While Trump has condemned the riots in DC in a video message posted on Twitter (now deleted by the tech giant), he was accused not only by Democrats, but also his former Republican allies of being responsible for inciting the violence. Several of his administration's officials have submitted their resignations, despite there being only a few days left before Biden's inauguration.