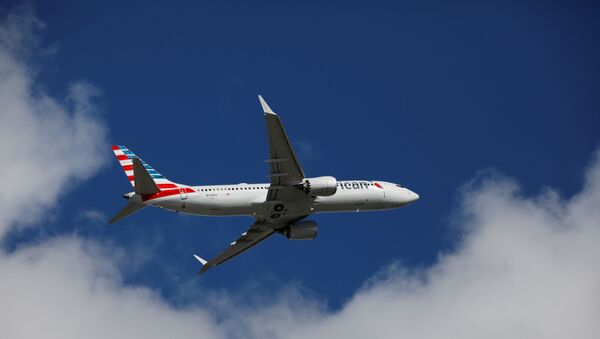 Mary F.
All materialsWrite to the author
A Boeing 737 Max 8 plane operated by Ethiopian Airlines crashed on March 10, 2019, after taking off from Addis Ababa, Ethiopia, killing all 157 people on board. On October 29, 2018, a Lion Air-operated 737 Max 8 crashed into the Java Sea just minutes after taking off from the Indonesian capital of Jakarta. All 189 people on board were killed.

In a criminal information filed Thursday in the Northern District of Texas, the US Department of Justice (DoJ) charged Boeing with "conspiracy to defraud the US." As part of a deferred prosecution agreement, the airplane manufacturer has been ordered to pay $2.5 billion in penalties and compensations following the investigations of the two 737 Max 8 crashes that led to the deaths of 346 people.

“The tragic crashes of Lion Air Flight 610 and Ethiopian Airlines Flight 302 exposed fraudulent and deceptive conduct by employees of one of the world’s leading commercial airplane manufacturers,” said Acting Assistant Attorney General David P. Burns of the DoJ's Criminal Division in a release.

“Boeing’s employees chose the path of profit over candor by concealing material information from the FAA [Federal Aviation Administration] concerning the operation of its 737 Max airplane and engaging in an effort to cover up their deception. This resolution holds Boeing accountable for its employees’ criminal misconduct, addresses the financial impact to Boeing’s airline customers, and hopefully provides some measure of compensation to the crash-victims’ families and beneficiaries," Burns said.

The total criminal monetary amount of over $2.5 billion includes a criminal monetary payment of $243.6 million, compensation payments to airline customers of $1.77 billion and the creation of a $500 million in crash-victim beneficiaries fund to "compensate the heirs, relatives and legal beneficiaries" of the passengers who died in the 737 Max 8 crashes.

“The misleading statements, half-truths, and omissions communicated by Boeing employees to the FAA impeded the government’s ability to ensure the safety of the flying public,” US Attorney Erin Nealy Cox for the Northern District of Texas said in the release. “This case sends a clear message: The Department of Justice will hold manufacturers like Boeing accountable for defrauding regulators – especially in industries where the stakes are this high.”

Boeing has divulged in court documents that two of its 737 Max flight technical pilots deceived the FAA's Aircraft Evaluation Group (AEG) about a part of the aircraft known as the Maneuvering Characteristics Augmentation System (MCAS).

The MCAS was found to be the cause behind both deadly accidents. Designed to be a safety feature, the system is supposed to evaluate sensor data and push the plane’s nose down to keep it from stalling in the event that the nose of the plane is too high.

Due to the deception, key documents published by the FAA AEG did not contain sufficient information about MCAS.

“We continue to mourn alongside the families, loved ones, and friends of the 346 individuals who perished on Lion Air Flight 610 and Ethiopian Airlines Flight 302. The deferred prosecution agreement reached today with The Boeing Company is the result of the Office of Inspector General’s dedicated work with our law enforcement and prosecutorial partners,” said Special Agent in Charge Andrea M. Kropf of the Department of Transportation Office of Inspector General Midwestern Region in the release.

“This landmark deferred prosecution agreement will forever serve as a stark reminder of the paramount importance of safety in the commercial aviation industry, and that integrity and transparency may never be sacrificed for efficiency or profit," Kropf added.