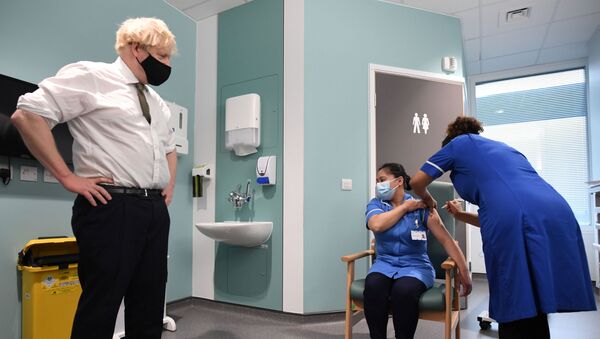 Chris Summers
All materialsWrite to the author
The UK government has imposed a lockdown on the whole of England in the wake of another rise in coronavirus cases. There have been around 50,000 cases a day reported in the last week.

Boris Johnson has told MPs the government will not consider relaxing the lockdown rules until the middle of February at the earliest.

He said the relaxation of the lockdown restrictions would not be a “big bang” but would be a "gradual unwrapping".

Boris Johnson's Govt, which fought a lengthy battle to drag the UK out of Europe so we could 'control our border' has done virtually nothing in this pandemic to control our border.
This may end up being their single most inexplicable & culpable failure in the crisis.

​Legislation being debated in the House of Commons on Wednesday, 7 January, allows the lockdown to continue until 31 March but the prime minister said there would be a "steady, controlled" and "evidence-led" return to the regional tier system.

He said: "As was the case last spring, our emergence from the lockdown cocoon will not be a big bang but a gradual unwrapping."

GPs up and down the country are desperate to start vaccinating their patients - yet cannot, because *even while* @BorisJohnson talks the talk about huge vaccine roll out, his government has failed to supply these practices with *any* doses. It’s sheer dishonesty & incompetence. https://t.co/RqVrbQdP0G

​Mr Johnson told MPs he had resisted closing schools until he was forced to do so by the latest scientific advice and he said schools would be the first institutions to reopen.

He said the risk to children was "vanishingly small" and said the most dangerous part of the school day "remains crossing the road" but he said it was necessary to close schools as they were a "vector" for the spread between households.

Education Secretary Gavin Williamson later confirmed that GCSE and A-level exams in England were being cancelled in 2021 because of the pandemic.

Examination boards will instead use teachers' estimated grades, as was the case in 2020, although they will not be using the grades standardisation algorithm which caused such controversy last year.

"We're going to put our trust in teachers rather than algorithms," said Williamson.

The leader of the opposition Labour Party urged people to comply with the lockdown restrictions.

But he accused the government of being too slow to act and added: "These are the decisions that have led us to the position we're now in - and the vaccine is now the only way out and we must all support the national effort to get it rolled out as quickly as possible."