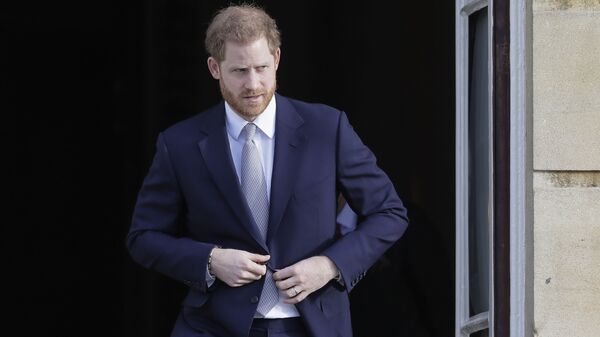 Aleksandra Serebriakova
Moscow-based Sputnik correspondent specializing in foreign affairs.
All materialsWrite to the author
Exactly a year ago, Prince Harry and his wife Meghan shocked the world by announcing via social media that they would be leaving their senior royal positions to start living a “financially independent” life between the UK and North America. The coronavirus pandemic has kept them in Markle’s native LA so far.

Prince Harry was expected in the UK in the end of March to review their 12-month agreement with the Buckingham Palace over his and wife Meghan’s departure from their senior royal duties. However, the COVID-19 pandemic and a newly discovered strain of coronavirus in the UK have now reportedly put these plans on hold, the Mirror suggests.

The media outlet cites royal insiders who claim that the Duke of Sussex has “not yet attempted to contact” his grandmother to arrange the high-profile gathering devoted to Megxit's one-year-anniversary but was expected to do so in the upcoming weeks.

Meanwhile, England and Scotland went on full lockdown this week, effectively halting all non-essential overseas travel, as a record number of daily COVID cases (60,916) were reported in the United Kingdom on Tuesday.

Prince Harry and Meghan Markle sent shockwaves around the world last January when they announced that they would step down from their senior royal posts – a decision that reportedly was neither coordinated with the Queen nor with their peers at Buckingham Palace. Following the announcement, the Queen rushed to convene a Sandringham Summit to set up terms defining their exit, which became official on 31 march.

But sources now suggest that the Duke and Duchess of Sussex are willing to prolong a time frame around the Megxit agreement to allow Harry to retain his military titles and keep some royal patronages he and Meghan enjoy. If the two negotiate a permanent agreement with Buckingham Palace, they could remain non-working royals while still enjoying some privileges associated with the titles. 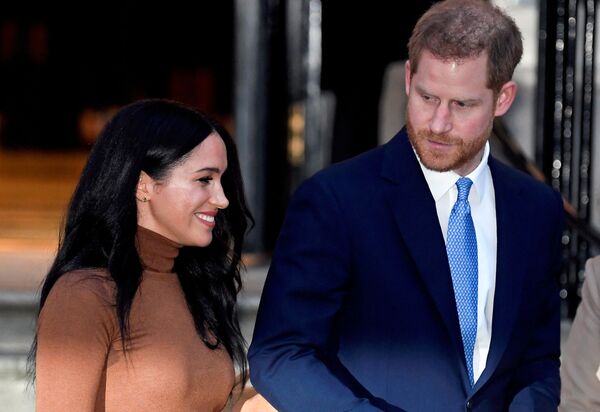 It’s not quite clear whether they will be allowed to do so though, as reports emerged that the Palace has not been at ease with the Sussexes’ lucrative business deals with such streaming giants as Netflix and Spotify, as well as Meghan Markle’s vegan-coffee advertising bid with Oprah Winfrey.

According to insiders, the palace was now taking a “renewed in-depth look” into the couple’s earlier promise to “continue to uphold the values of Her Majesty” after their departure from their senior royal positions. Following some concerns around their millions-worth contracts, it’s unclear what the final resolution on the issue would be.

As the date of the couple’s first visit to the country since their bombshell announcement remains yet to be decided, it’s clear that the two will have to make their starring comeback to the UK to celebrate the Queen’s 95th birthday and Prince Philip’s 100-year-jubilee in June. Princess Diana’s statue, jointly commissioned by Prince Harry and his brother William, is also expected to be unveiled at some point this year. However, the two brothers are not believed to be on talking terms right now and according to royal sources cited by royal biographer Phil Dampier, the next meeting between the Sussexes and the Cambridges is expected to be “very awkward”.