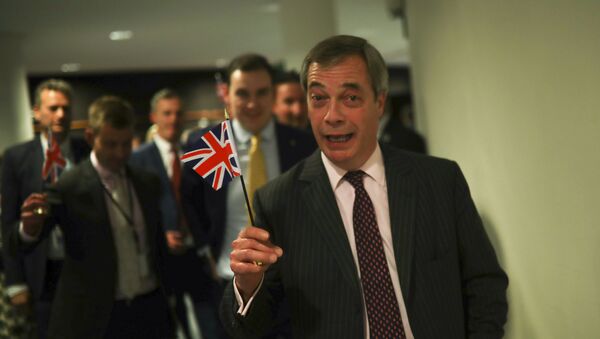 The Brexit Party formed in 2018 in order to promote Brexit and pressure the Conservative government into fulfilling its promise to deliver the 2016 referendum result. After the UK formally left the European Union, party leader Nigel Farage has re-oriented his priorities to opposing coronavirus lockdown measures and reforming UK politics.

Nigel Farage has successfully changed the name of his Brexit Party to 'Reform UK', after approval from the Electoral Commission on Wednesday.

Following the United Kingdom's withdrawal from the European Union, Farage's party will widen its agenda including demanding a different response to the coronavirus crisis and for major economic reforms.

Mr Farage also said the UK's voting system should be reformed, alongside its civil service, the BBC, and House of Lords.

“This is great news and the perfect time in the New Year. The need for Reform is greater than ever as we try to recover from Covid", he said.

“We have a huge opportunity as a nation post-Brexit, but there are many areas of the UK that need real, bold reform: our economy, House of Lords, BBC, civil service, the voting system to mention a few".

It is excellent news that the Electoral Commission has approved our name change application to Reform UK.

The need for Reform in this country is greater than ever.

​Reform UK chairman Richard Tice, who supported the election of the Conservatives in 2019, said that the name change "reflects what our country needs: Reform. Real change to benefit the people, to make our nation more successful".

“We must reform our approach to Covid, and reform the economy so that it incentivises the self-employed, entrepreneurs, and small businesses", he said.

He called for a change in approach to tax as well as an end to "unnecessary regulation and wasteful government spending".

The name change had previously been challenged by the Reform think tank, claiming that it could lead to “voter confusion”.

In the 2019 general election, the Brexit Party stood down from certain seats which risked split the pro-leave vote, and contested only 275 seats, making it easier for the ruling Conservatives to secure a majority.