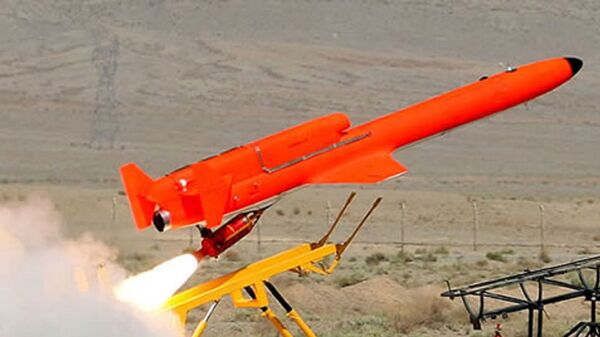 Ilya Tsukanov
All materialsWrite to the author
The Islamic Republic has one of the most sophisticated drone and missile programmes in the world. Tehran began its first drone drills Tuesday amid the latest escalation of tensions with Washington.

Iran has successfully tested a long-range unmanned suicide drone it says is capable of carrying out a non-stop flight of up to 4,000km, Army Deputy Commander for Operations Rear Admiral Mahmoud Mousavi has said.

“Thanks to the efforts of the Iranian Army personnel, the non-stop flight of the Army’s suicide drones has been upgraded to 2,000km, and with certain measures up to 4,000km,” Mousavi said, his remarks quoted by IFP.

Mousavi indicated that the second day of the massive drone and missile drills which kicked off Tuesday included a successful 1,400km flight of a drone from Iran’s southern coastal area to hit targets in Semnan province in the country’s north.

The exercises also reportedly saw the deployment of tactical combat quadcopters equipped with small bombs, aerial reconnaissance drones, and Pelican vertical takeoff and landing (VTOL) drones meant for naval use, which took off from warships in Iran’s southern waters. The drills also saw the first-ever deployment of the Arash kamikaze drone.

During the course of the exercises, drones were tasked with missions ranging from aerial interception and the launch of air-to-air missiles to attacks on ground targets using missiles, or the drones themselves in suicide attacks. Karrar-class drones in various configurations were said to have successfully intercepted and destroyed both air and ground targets with a combination of air-to-air missiles, machineguns and 500-pound MK 82 bombs.

Iran’s military holds first-ever drone drill. Hundreds of drones were showcased and tested.
We will prove our Army is ready to respond to any threats. pic.twitter.com/HNEqDBFMVF

Iran’s drone drills come amid escalating tensions between Tehran and Washington in the final weeks of Donald Trump’s presidency. On 3 January, the Pentagon reversed plans to bring the USS-led carrier strike group home from the Middle East. Before that, Washington demonstratively deployed a missile submarine with well over 100 Tomahawks onboard to the Persian Gulf, and flew B-52 strategic bombers into the region.

The tensions come in the wake of the first anniversary of the 3 January 2020 assassination of a senior Iranian military commander in Baghdad, and recent rocket attacks on the Baghdad Green Zone which the US has blamed on Iran-affiliated groups. Tehran has denied any involvement and said neither it nor its allies deliberately target civilians.

Iran has about half a dozen drone designs in production, and several others in development. The country built up its domestic military industry after the 1979 Revolution, after many of its major traditional partners stopped selling the country weapons.