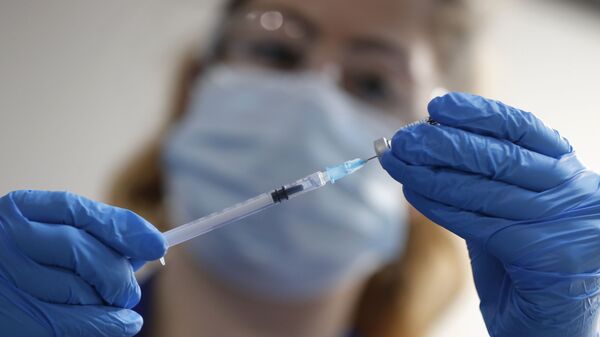 Neil Clark
All materials
Nigel Farage’s call for the arch-globalist and serial warmonger Tony Blair to be put in charge of Britain’s vaccination programme is a massive own goal on a par with jeweller Gerald Ratner calling one of his own products ‘total crap’.

How do you go from ‘Brexit hero’ to ‘Establishment-toadying zero’ in just four days? Answer: You make a home video calling for Tony Blair to be appointed the UK’s new Vaccine Tsar.

Every ounce of respect I had for you @Nigel_Farage has been blown to bits in this one tweet 👇🏻 https://t.co/Rc8MBglfV0

​The most charitable thing one can say is that Nigel Farage, the leader of the Brexit Party, might have had a few beers before he shot his now notorious video. What on earth was going through his mind? For Farage’s followers, (and indeed for many other Britons who don’t like illegally invading Middle Eastern countries) Anthony Charles Lynton Blair is the anti-Christ.

He took us into war with Iraq, falsely claiming that Saddam Hussein had weapons of mass destruction that could be activated within 45 minutes, and now Nigel Farage wants the self-same Anthony Charles Lynton Blair-(who also sought to subvert the Brexit which Farage fought for), to be in charge of vaccine roll-out. ‘I do not agree with Tony Blair on much but he has led the debate on vaccinations well’, Farage tweeted.

I do not agree with Tony Blair on much but he has led the debate on vaccinations well.

Put him in charge of the vaccine programme and let's have a government of all the talents to end this unmitigated disaster.

​Really? What planet is Nigel on? Planet NeoCon?

Blair wants a mass vaccination programme rolled out at warp-factor speed – and for vaccination strategy to change by using all the available doses as first doses. But both the Pfizer and the Oxford-Astra Zeneca vaccines- whatever we think of them- depend on two doses being given. The UK government shifted policy last week in line with what Blair had called for, leading to concern from doctors and medical organizations that follow-up jabs had been cancelled.

Instead of having a three or four week gap between injections, those who have already been vaccinated will now have to wait up to 12 weeks for a second dose. This is despite the WHO saying that the second dose of the Pfizer/BioNTech vaccine should come within 21-28 days- and the manufacturers stating there was no data to support delaying the booster shot.

But it’s not just this which should make us concerned about ‘Doctor Tony's’ vaccine interventions. There is also his advocacy of health passports. It has been a real concern throughout 2020 that once lockdowns are eased, access to foreign travel, theatre, sporting and musical events and many other things we enjoyed doing in the past  will be dependent on proving we’ve been vaccinated.   ‘Prepare for a form of health passport now’, Blair wrote in the Independent just before Christmas.

‘I know all the objections, but it will happen. It’s the only way the world will function and for lockdowns to no longer be the sole course of action’.

Note the wording. 'The Blair Creature' as the media commentator Peter Hitchens calls him, says health passports WILL happen. Not that ‘they might happen’. There is meant to be no debate on this. No democratic vote. This is our future, mapped out for us plebs and peasants by Tony and his billionaire globalist chums at the World Economic Forum. Tony Blair’s Institute for Global Change is already heavily involved in the roll-out of ‘electronic health records’ in Africa.

And what will these ‘electronic health records’ lead to?

‘With another leap, governments will have the foundations to enable the digital nation, enabling other public services: from proof of health status to authorising social welfare payments’ Blair wrote in his foreword to ‘A Covid-19 Vaccination Plan for Africa’ .

The very real danger is that health passports could morph into a Chinese style –social credit system, whereby anyone not ‘towing the line’ and doing the ‘right thing’ whether it’s getting vaccinated or wearing a face-mask could have their freedom of movement severely restricted by the state.

It won 't surprise you to learn that Blair is working closely with the Bill and Melinda Gates Foundation and Gates-funded bodies. Blair’s Institute for Global Change lists the Gates’ Foundation as one of its ‘Partners’ on its website.

While the ‘Awarded Grants’ section of the Gates Foundation website reveals that a total of $5.795m was given to Blair’s Institute in 2020.

There is clearly a WEF/ globalist agenda to roll-out health passports, yet Nigel Farage- who has previously railed against ‘globalists’, wants the man at the forefront of the campaign to be put in charge of Britain’s vaccination programme! What makes the Brexit Party’s leader’s endorsement of Blair even more bizarre is that Farage regularly attacks China, yet digitalised health passports would be the gateway to the implementation in the west of the CCP’s social credit/public control system!

What Farage has done by championing Tony Blair is to destroy his own brand, just like Gerald Ratner did all those years ago. For those who don’t remember, Ratner was a very successful High Street jeweler. By the 1980s he presided over a nationwide chain of jewellery shops and had also expanded into the US. Then on 23rd April 1991 he made the biggest gaffe of his life. He told the annual conference of the Institute of Directors: ‘People say to me, "How can you sell this for such a low price?", I say, "because it's total crap."

He then said that his stores sold a set of gold earrings for under a pound. ‘People say that’s cheaper than a prawn sandwich from Marks and Spencer’s. But I have to say the sandwich will probably last longer than the earrings!’

After his speech, and the media reports of it, the value of his firm fell  by around £500m. Things were never the same again. Ratner, who was actually quite an engaging man, said  that his remarks had been tongue-in-cheek (and you have to admit they were quite funny), but the damage to his brand was done. Who wants to spend money on products that the head of the company tells you are ‘total crap’?

Nigel Farage had hoped to rename his Brexit Party ‘Reform UK’ in 2021 and lead the anti-lockdown movement. But rather like Gerald Ratner in 1991, he looks to have blown it. And all this just four days after his ‘crowning glory’ of Brexit.