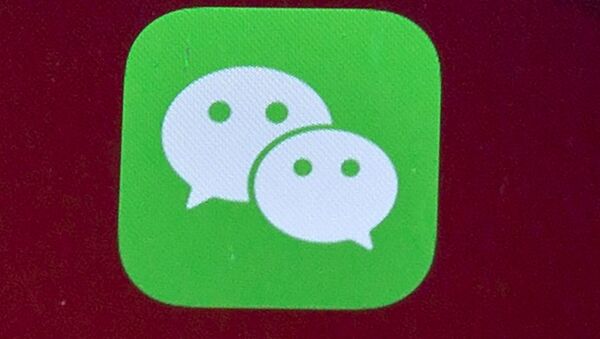 Demond Cureton
All materialsWrite to the author
The outgoing Trump administration has launched the new measures amid a tense trade and tech war with Beijing, sparking further outcry from Chinese authorities amid a wave of executive orders from Washington, media reported on Wednesday.

NYSE Scraps Plans to Delist Chinese Telco Stocks Despite Executive Order in Blow to Trump Trade War
Chinese foreign ministry spokeswoman Hua Chunying criticised the measure as "bullying" and accused Washington of "stretching the concept of national security", adding: "This harms both itself and others".

The ban would "of course have some impact on related Chinese companies, but more important might be that it damages the interests of American consumers and the US," she added.

"The US talks about a free market economy and fair competition, but how does it behave?" she concluded.

The news comes just a day after the New York Stock Exchange (NYSE) reversed a decision to delist three major Chinese telcos, China Mobile, China Telecom and China Unicom - to comply with an order signed by Trump in November.

What's In the New Executive Order?

Trump's executive order targets several payment app giants, including WeChat Pay, Alipay, QQ Wallet, Tencent QQ, and WPS Office, among others, and accuses the firms of rerouting user information to Beijing, according to the report.

Science & Tech
Huawei May Allow Chinese Smartphone Firms to Use HarmonyOS to Counter Trump Trade Bans, Report Says
But it will take effect in 45 days, weeks after US president-elect Joe Biden is set to enter office on 20 January, it read.

The order had not been discussed with the "potential incoming Biden administration" and apps were targeted due to their high number of downloads, allegedly putting millions of users' data at risk, a senior administration official said as cited by Reuters.

President Trump also ordered ByteDance to sell its US operations to a domestic company in August, sparking anger from the Chinese tech firm. Both ByteDance and Beijing have repeatedly and sharply denied the popular video sharing platform spies for the Chinese government, adding its data centres are based in the US and Singapore.

A third data centre worth €500m will be built in Dublin, it was reported in August last year.

US District Judge Carl Nichols in Washington, DC and a similar case in Pennsylvania have rejected the TikTok ban, with Nichols stating the US Department of Commerce likely overstepped its authority".

It had also "acted in an arbitrary and capricious manner by failing to consider obvious alternatives," he said.

World
US Cold War on China to End in Failure, Multipolarity to Replace Thucydides Trap Policy - Academics
The Trump administration launched its contentious trade war against Beijing, namely after blacklisting Huawei Technologies, ZTE and dozens others in May 2019, citing national security concerns.

The Federal Communications Commission also designated Huawei and ZTE as national security risks for alleged ties to the Chinese military, which the firms and Chinese government have strongly and repeatedly denied.