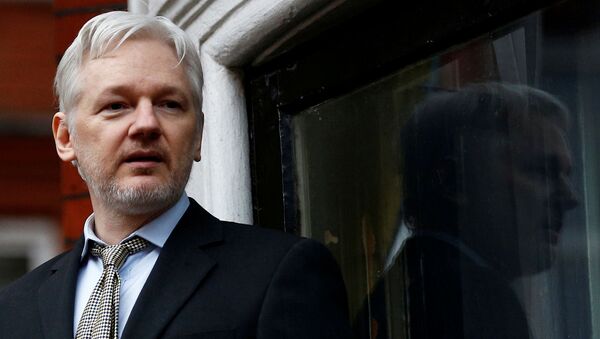 LONDON (Sputnik) – Julian Assange's legal team will on Wednesday make a fresh appeal for his temporary release from prison, 48 hours after a UK district judge rejected an extradition request filed by the US because of concerns over the WikiLeaks founder's mental health and risk of suicide in the US.

His lawyers will try to convince the court that there is no risk that Assange, 49, will jump bail as he did in 2012, when he sought asylum in the Ecuadorean embassy in London to avoid being extradited to Sweden to face accusations of sexual abuse that were later dropped.

Following his arrest at the Ecuadorean embassy in April, 2019, Assange was sentenced to 50 weeks in prison for skipping bail and after he served his time, the UK court ruled that he should remain in prison until the extradition case ends.

The judges have repeatedly cited the whistleblower's “history of absconding” to deny him bail even when the lawyers claimed that Assange was at risk of dying of COVID-19 in prison due to his underlying health conditions.

The US government has already announced that it will continue to seek Assange's extradition to try him for the publication of classified information that exposed war crimes committed by US military in Iraq and Afghanistan.

A US Department of Justice spokesman also said they were “extremely disappointed” by the decision made by UK district judge Vanessa Baraitser, so the prosecution will appeal the ruling at London's High Court, meaning that the extradition case will be in UK courts for months.