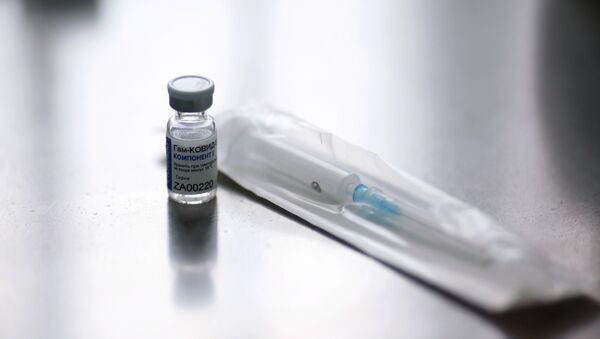 © Sputnik / Kirill Braga
/
Go to the mediabank
Subscribe
International
India
Africa
MOSCOW (Sputnik) - Argentina has launched an investigation into the loss of 400 doses of the Russian-made Sputnik V vaccine in the eastern city of Olavarria due to a freezer malfunction, Argentinian La Nacion newspaper reported.

The probe is headed by Marcelo Sobrino, the attorney general of the nearby city of Azul, who is considering two scenarios: either a technical issue or deliberate sabotage.

Local municipal workers union chief Jose Stuppia ruled out the possibility of sabotage, saying that the problem was caused by the local authorities, which delivered the vaccine to a wrong hospital.

Argentina started its mass vaccination campaign with the Russian Sputnik V vaccine on Tuesday. Earlier in December, it received the first batch of 300,000 doses of the jab. Health workers are the first to get shots of the vaccine.

The Sputnik V was the first COVID-19 vaccine registered in Russia and the world. Russia's Sputnik V is 92 percent effective, based on data from the first 16,000 trial participants who have received both shots of the two-dose vaccine.