Subscribe
International
India
Africa
US Congress is holding a joint session on 6 January to count and confirm the results of the presidential election.

Supporters of outgoing US President Donald Trump hit the streets in Washington DC on Wednesday ahead of the Congress meeting to confirm the results of the November 3 presidential election.

Earlier, it was reported that at least 140 members of the House of Representatives and 12 Senate members were expected to reject the results from a number of key battleground states where Trump's team claim election fraud took place.

Trump has refused to concede defeat to Democratic rival Joe Biden, saying that he would only acknowledge Biden's victory after the legal votes are counted and illegal ones discounted.

Check out Sputnik gallery to find out more. 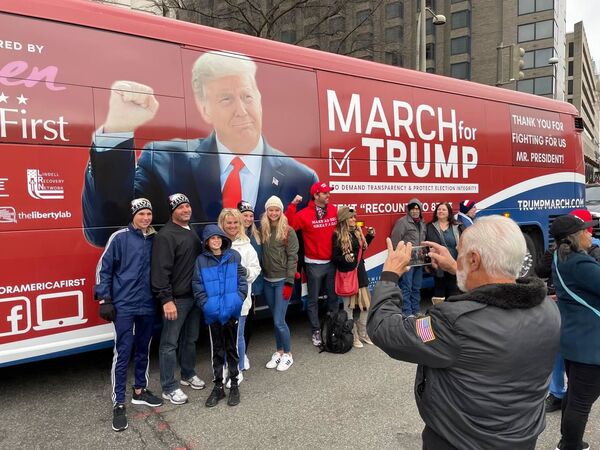 1/10
© Sputnik / Artur Gabdrahmanov
/
Go to the mediabank
Supporters of U.S. President Donald Trump take part in a pro-Trump rally, in Washington DC. The protesters are demanding a recount of votes and a review of election results in a number of states. 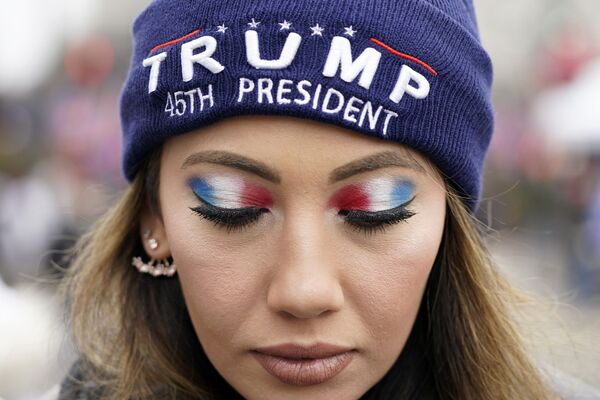 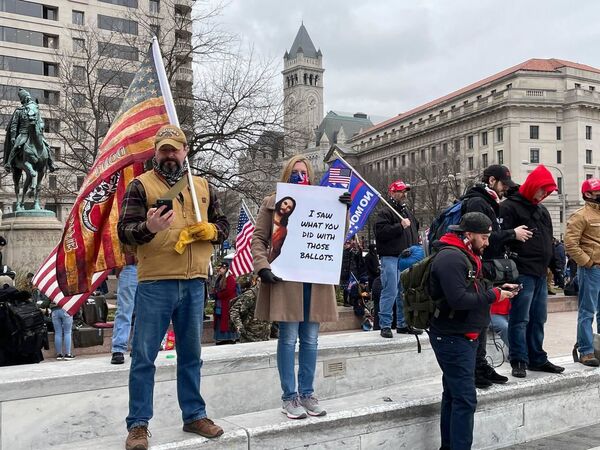 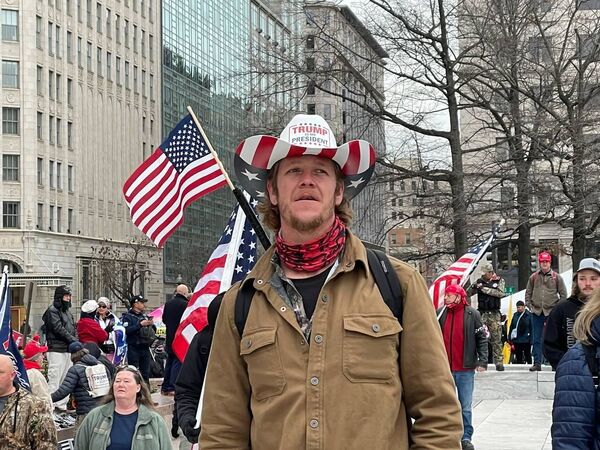 4/10
© Sputnik / Aleksey Bogdanovskiy
/
Go to the mediabank
A Trump supporter takes part in a rally in DC as demonstrators demand a recount of votes and a review of election results in a number of states. 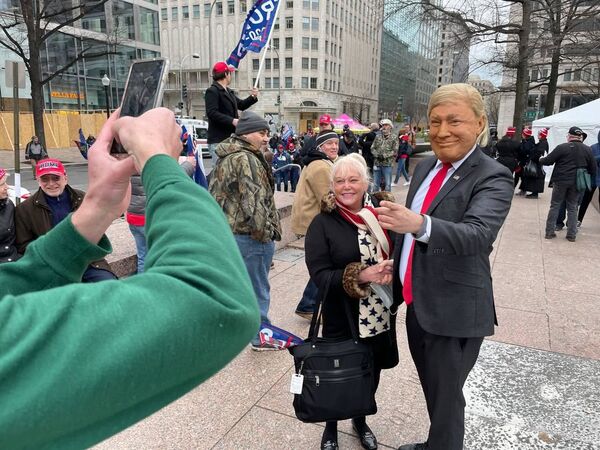 5/10
© Sputnik / Artur Gabdrahmanov
/
Go to the mediabank
A demonstrator takes a selfie with a person wearing a Trump mask during a rally in Washington DC. 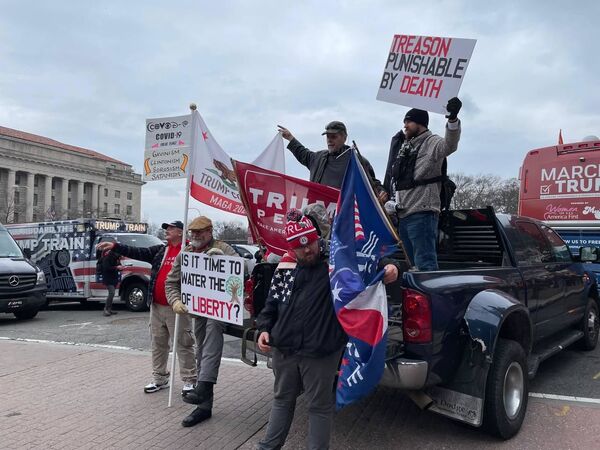 6/10
© Sputnik / Artur Gabdrahmanov
/
Go to the mediabank
Pro-Trump supporters rally in DC, demanding a recount of votes and a review of election results in battleground states. 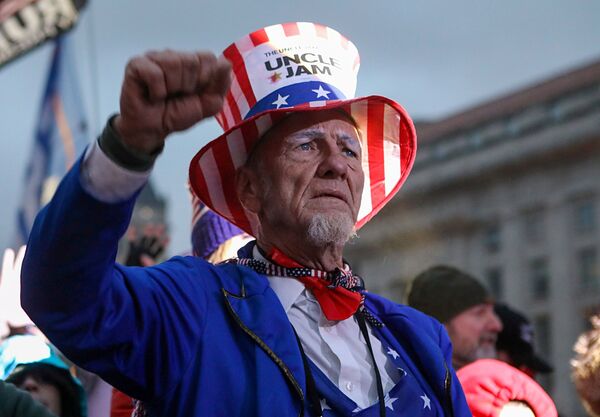 7/10
© REUTERS / Jim Urquhart
A pro-Trump demonstrator reacts during a rally in Freedom Plaza, ahead of the U.S. Congress certification of the November 2020 election results, 5 January, 2021. 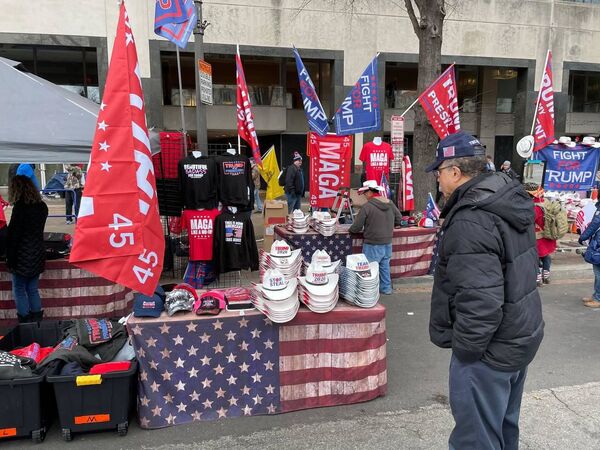 8/10
© Sputnik / Artur Gabdrahmanov
/
Go to the mediabank
A man looks at caps and hats with pro-Trump slogans during a rally in DC. 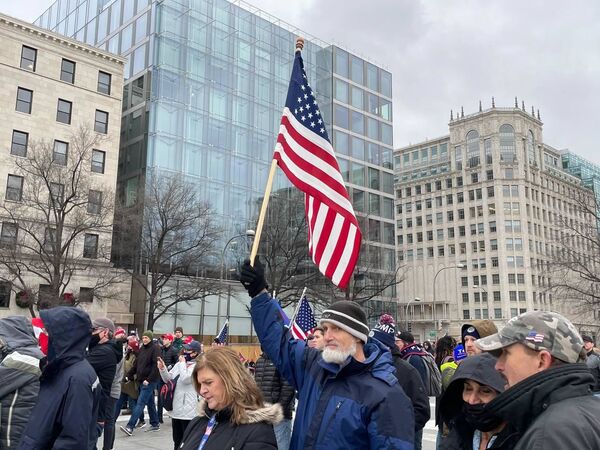 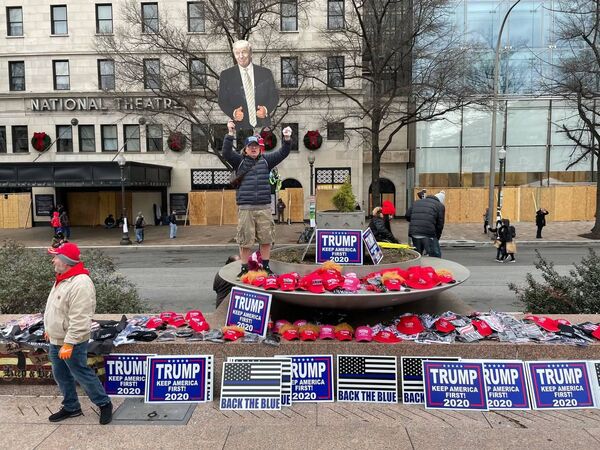 10/10
© Sputnik / Artur Gabdrahmanov
/
Go to the mediabank
A man gestures during a pro-Trump rally in Washington DC, as protesters demand a recount of votes in key battleground states in the 3 November presidential election.
Newsfeed
0
Access to the chat has been blocked for violating the rules . You will be able to participate again through:∞. If you do not agree with the blocking, please use the feedback form
The discussion is closed. You can participate in the discussion within 24 hours after the publication of the article.
To participate in the discussion
log in or register
loader
Chats
Заголовок открываемого материала