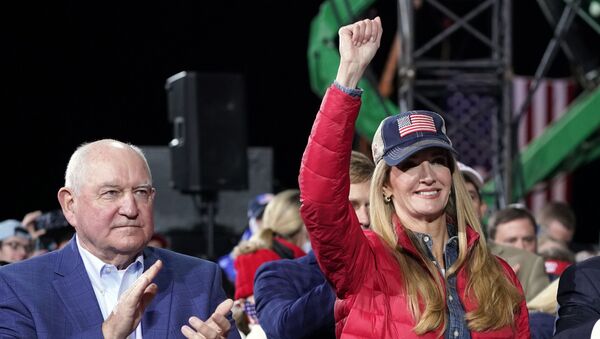 © AP Photo / Evan Vucci
Subscribe
International
India
Africa
Lilia Dergacheva
All materialsWrite to the author
On Saturday, 11 Republican lawmakers expressed their determination to challenge the Electoral College votes on Wednesday, a day after crucially important runoff contests in the state of Georgia that will determine who controls the US Senate.

Senator Kelly Loeffler announced her intention Monday to “vote to give President Trump and the American people the fair hearing they deserve and support the objection to the Electoral College certification process”.

She made the announcement on the eve of her crucial Senate runoff election in Georgia, a vote that will determine which party will take control of the Senate. The runoff vote comes a day before the Electoral College certification vote on Joe Biden’s win in the presidential polls.

Sen. David Perdue (R-Ga.), who's running in the other Georgia runoff, said Sunday that he would likewise support challenging the Electoral College vote if he remains in the Senate. He faces a runoff contest on Tuesday and will miss the 6 January session the following day when the Senate is set to vote on the results of the November presidential vote.

Fox News host Maria Bartiromo asked Perdue if he would challenge the votes like a string of his GOP colleagues announced they would.

"You know, when I first saw the magnitude of the irregularities back in December, early December, about our November race, I called for the resignation of our secretary of state. I repeatedly called for a special session of the General Assembly to investigate. None of that happened. And so I started calling out for — the only thing left for the president is for us to object. And I agreed that I would do that", said Perdue, going on to call on his colleagues to object.

“This is something that the American people demand right now. You heard in the last section that there are huge irregularities in Georgia. They need to be investigated. And they need to be corrected, in my opinion", the senator explained. 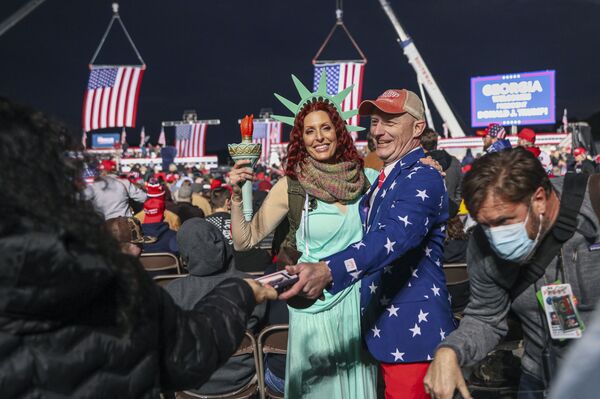 11 GOP senators announced on Saturday that they would be challenging the Electoral College votes on Wednesday. Sen. Josh Hawley (R-Mo.) has already announced his intention to challenge the result.

At least one of the Republicans needs to win for the GOP to retain its Senate majority, whereas Democrats would need to win both contests to grab control of the upper chamber of the United States Congress. It has been under the Republican Party's control since 2014.

Why Are Runoffs Being Held?

The 5 January runoffs come after none of the Senate candidates managed to secure a majority of the vote in their relevant races in the 3 November election, denounced by incumbent President Donald Trump as "the most corrupt" in US history and deeply mired in voter fraud. POTUS has been challenging its outcome in courts for the past two months, citing illegalities such as counting dead voters, double ballots, blocking access to polling stations for GOP election observers, etc.

The Southern state has both its Senate seats up for election: one is a regular vote, as Sen. David Perdue finishes his first six-year term and is going for re-election. 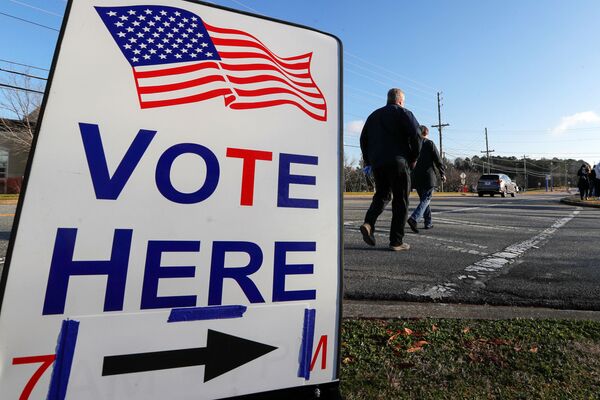 A sign is seen as voters line up for the U.S. Senate run-off election, at a polling location in Marietta, Georgia, U.S., January 5, 2021. REUTERS/Mike Segar
© REUTERS / MIKE SEGAR

The other is a special vote after a Republican senator retired last year. Sen. Kelly Loeffler (R) was preliminarily appointed to the seat, and now she's running for a full term.