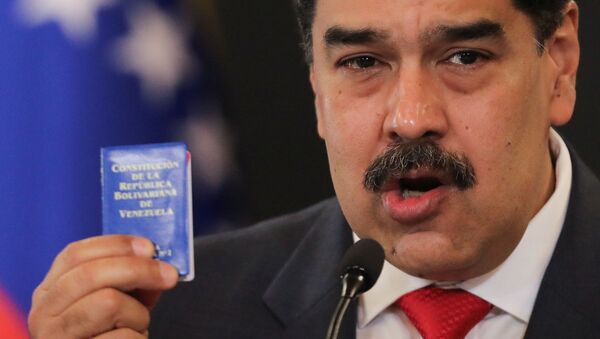 Tim Korso
All materials
Caracas issued a cryptocurrency called the Petro in 2018, in hopes of introducing a digital payment method to circumvent US sanctions, with the token's value to be backed by the country's natural resources and its price tied to the price of a barrel of a Venezuelan oil. There has been no news of the Petro, however, since its launch.

Venezuelan President Nicolas Maduro announced plans to digitize his nation's economy, eliminating physical cash and relying instead on digital currencies and transactions. The move, according to Caracas, would purportedly allow the country to resolve the hyperinflation that has been destroying Venezuela's economy for the last three years.

"They have a war against our physical currency. We are moving this year to a more profound digital economy, in expansion. I’ve set the goal of an economy that’s 100% digital", Maduro said, apparently referring to a maximum sanctions pressure campaign waged by Washington against Caracas. 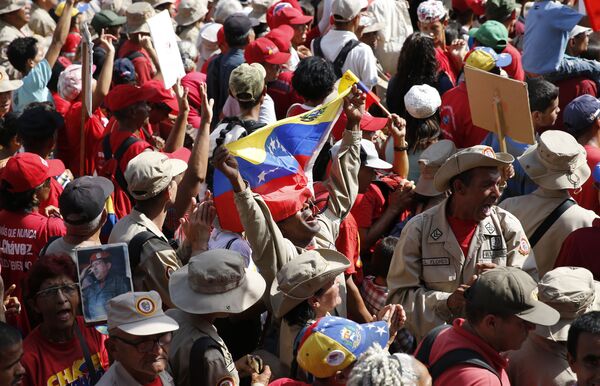 A supporter of Venezuela's President Nicolas Maduro shouts his support for him outside Miraflores presidential palace in Caracas, Venezuela, Monday, May 20, 2109.
© AP Photo / Ariana Cubillos

The use of cash in Venezuela has been increasingly complicated as the bolivar has lost 99% of its value over the last three years, with inflation peaking at 5,790% over the course of 2020. The printing of new larger banknotes and an introduction of a new denominated bolivar failed to resolve the crisis.

The hyperinflation is caused by the lasting economic crisis, which has been further exacerbated by US sanctions, which have limited the ability of Caracas to sell oil or access its own gold reserves previously deposited abroad. Maduro announced a plan to circumvent the US sanctions in December 2017, with the introduction of a cryptocurrency named the Petro. The new token would be government-issued and backed by the country's natural resources, with the Petro's price tied to the value of a barrel of Venezuelan oil, Caracas announced.

Maduro's government was planning to use the Petro in international and domestic transactions, including to trade oil with other countries while bypassing US sanctions. The ICO was conducted in 2018, with Venezuela reported to have attracted some $3.3 billion in the sold tokens. However, neither Caracas nor the international cryprocurrency exchanges have reported on the Petro or offered any notable cases of use, leading to digital exchange markets wondering whether the token is actually in use.