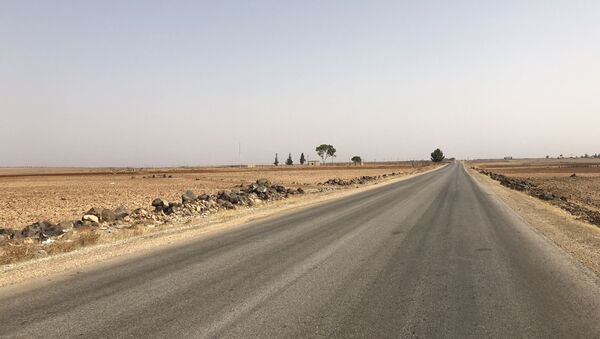 © Sputnik / Mikhail Alyeddin
/
Go to the mediabank
Subscribe
International
India
Africa
Daria Bedenko
All materialsWrite to the author
Syria's Deir Ez-Zor, which is subject to frequent terror attacks, saw the latest one, which involved bus explosion, on 30 December. According to reports, Daesh claimed responsibility for the blast a day later.

Governor of Syria's Hama, Mohamed Tariq Krishati, confirmed that terrorists on Sunday attacked a bus column in the province, using small arms. According to the governor, the attack claimed 9 civilian lives and left four injured.

"Precisely at 9:30 p.m. [19:30 GMT], a convoy of fuel trucks and three regular buses were attacked," Krishati said, as quoted by state Syrian TV.

Al Watan reported earlier in the day that terrorists attacked a bus in the town of Salamiyah, located in the Syrian province of Hama, killing at least six people.

"Six citizens died as a result of a terrorist attack on a bus on the Salamia-Raqqa highway," the newspaper wrote, citing a military source.

According to the source, the terrorist attack took place near the settlement of Wadi Uzeyb.

"The Syrian military stationed there started a fight with terrorists, which led to the blocking of the route," the source said.

Earlier on 31 December, Daesh* claimed responsibility for a bus explosion in Deir Ez-Zor that took place a day before, according to Reuters, citing the Islamists' online resources.

The blast killed 28 civilians and injured 13, while the Islamists said the attack resulted in 40 Syrian soldiers dying and another six injured.

*Daesh - a terrorist group outlawed in Russia and many other countries