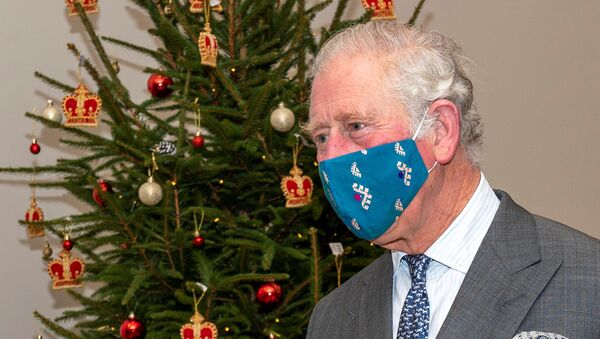 James Tweedie
All materialsWrite to the author
The MacMillan Cancer Support charity has warned that 50,000 people in the UK could have developed cancer without knowing it as COVID-19 restrictions impacted on testing and treatment. The British Medical Association said in July that 20,000 treatments had been missed during the lockdown.

Prince Charles has warned cancer has become the "forgotten C" as patients miss treatment amid the ongoing coronavirus pandemic.

Writing for the Daily Telegraph on behalf of the Macmillan Cancer Support charity, of which he is a patron, the heir to the British throne reminded readers of the ongoing delays in diagnosis and therapy as government restrictions limit contact with doctors and hospitals clear the decks for a wave of COVID admissions.

“In many cases, due to the pandemic, difficulties have become crises, a sense of isolation has become actual separation, and – as vital treatment or surgery has in some cases been postponed – anxiety has become despair," Charles wrote.

“Macmillan has been adapting to this ever-evolving situation to ensure that cancer does not become ‘the Forgotten C’ during the pandemic but, even so, Covid-19 has still taken a devastating toll, with the charity losing a third of its fundraised income.”

MacMillan, which provides "emotional, physical and financial support" to cancer patients, has warned that up to 50,000 cancer cases could have gone undiagnosed in the UK so far since lockdown restrictions began in March.

Some studies have estimated the number of excess cancer deaths since then at between 7,000 and 18,000, on top of the more than 73,500 identified deaths from the virus.

The British Medical Association (BMA) issued a similar warning in July 2020, saying 20,000 cancer treatments had been delayed or cancelled, along with a million other operations, between April and June last year during the first lockdown.

“This is the real, but so far hidden, impact of the Covid crisis," BMA Council Chairman Dr Chaand Nagpaul said then. "Patient safety is being severely compromised not just by the virus itself, but by the knock-on effects of an unprecedented disruption to NHS services.”

And in April, six oncologists including former World Health Organisation cancer programme head Professor Karol Sikora wrote to the government to warn that patients were in danger of missing treatments. Sikora offered the services of the Rutherford chain of private clinics, of which he is chief medical officer to supplement the NHS.