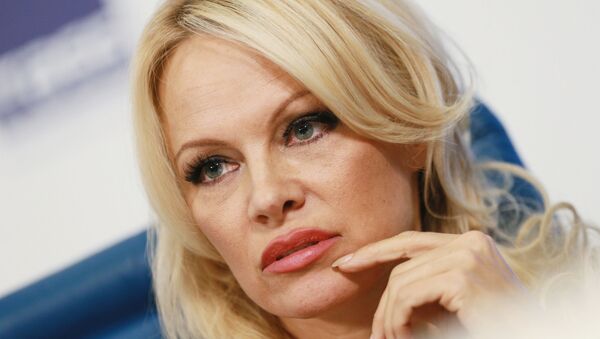 The Canadian-born Baywatch and Barb Wire star, also an animal rights and HIV activist, urged Trump to act in the name of press freedom before Monday, when Judge Vanessa Baraitser will rule on whether he can be extradited to the US.

The campaigning journalist faces 18 criminal charges over Wikileaks publishing of classified Pentagon files documenting the killings of civilians by US armed forces in Iraq, which were leaked by jailed whistle-blower Chelsea Manning. If convicted, he could be sentenced to up to 175 years in jail.

“The case is simply a criminalisation of a free press,” Anderson told the New York Post. “Julian is being charged with journalism. Documents that have exposed war crimes and human rights abuses. Now the US wants to punish him for exposing crimes."

The actress added: “If this extradition is successful, it will mean that no journalist is safe from prosecution. This will set a precedent where any US journalist can be charged and sent to any country that requests their extradition."

Trump is set to leave office on January 20, when president-elect is sworn in. He has already issued several presidential pardons in his final weeks, including for his former national security advisor General Michael Flynn, his son-in-law Jared Kushner's father Charles, and the four Blackwater security personnel imprisoned for the 2007 Nisour Square massacre in Iraq. 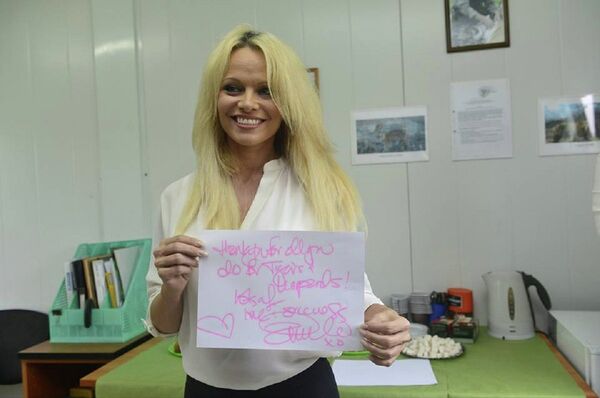 Anderson cautioned other journalists against acquiescence in Assange's extradition, warning that it was the thin end of the wedge for their own freedoms.

"Don’t think ‘it won’t happen to me,’ because it absolutely could, and countries will use it to silence whatever they don’t like the sound of,” she said.

“Everyone should be asking Mr. Trump to pardon him,” she said. “Anyone with influence should speak up for his freedom because it is our freedom, too. Take to Twitter and start a storm of requests.”

Last month Anderson, a longstanding supporter of Assange, tweeted glamourous photos of herself with a message to Trump to let Assange return to his native Australia.

Assange was accused of sexual assault in Sweden in August 2010, although he was not charged and allowed to leave the country and travel to the UK. In November that year Swedish prosecutors decided to charge the journalist with rape and sought his extradition from London.

After failed legal battles in British courts against being sent to Sweden, from where he feared he would be re-extradited to the US, Assange was granted political asylum in June 2012 by the left-wing government of Ecuadorean president Rafael Correa, and took refuge in the Ecuadorean embassy in London.

In April 2019 Correa's successor Lenin Moreno, who was cultivating good relations with Washington, ordered Assange expelled from the embassy after Wikileaks reported on corruption allegations against his government. Police were called to forcibly remove the journalist. He was arrested for breaching bail conditions imposed seven years earlier during his appeal against extradition.

​Anderson said Assange was being held on remand in "medieval" conditions that put him at risk of infection with the deadly coronavirus strain.

“It’s madness. He is … crammed in amongst murderers in a prison that is rife with COVID,” she said. “It’s the middle of winter and it’s freezing in there and his winter clothes haven’t been delivered. The whole thing is a medieval madness.”

She urged others to join her campaign to free the journalist.

“Drop the charges. Stop this persecution of a man who was brave enough to stand up for the right thing,” Anderson pleaded. “We can be a part of setting him free. We just need to have the courage he had and speak up.”