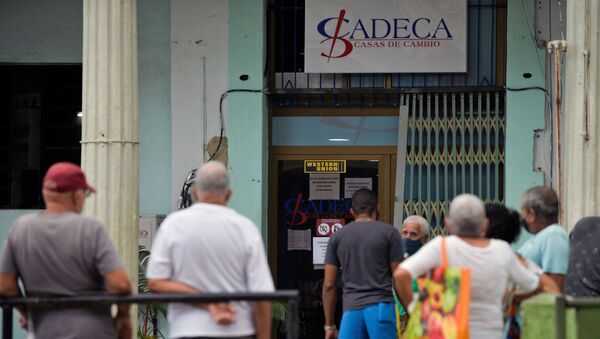 "Today, the Department of State is announcing the addition of Banco Financiero International S.A. (BFI) to the Cuba Restricted List, effective upon publication in early January. BFI is a Cuban military-controlled commercial bank that benefits directly from financial transactions at the expense of the Cuban people," Pompeo said in a statement.

According to the statement, the military uses the bank to give preferential access to military and state firms and fund government-controlled initiatives.

The US prohibits all financial transactions with the entities from the list, which was last updated on 29 September.