Roscosmos Head Reveals Likely Cause of Crack in ISS Hull 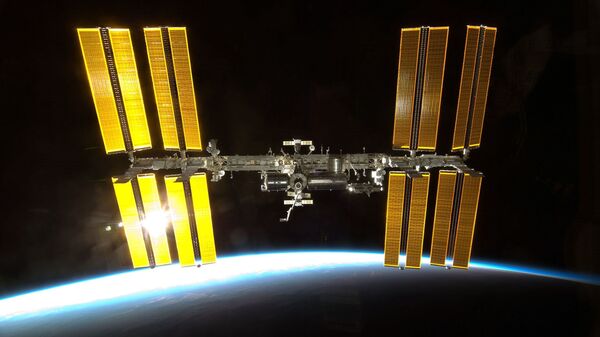 Andrei Dergalin
All materialsWrite to the author
While the crack has already been located and patched up by the space station's crew, a more permanent solution is expected once special repair equipment reaches the ISS in February.

The crack discovered in the hull of the Russian segment of the International Space Station (ISS) in October might have been caused by a micrometeorite impact, head of Russia's space agency Roscosmos Dmitry Rogozin said.

During an interview on Rossiya 24 TV channel, he suggested that the damage may also be “technological” in nature, though he did not elaborate on this.

The Roscosmos chief also said the story about the crack has been blown out of proportion by scaremongers – and he added that he believes Russia has no shortage of them.

The ISS's Russian segment – the Zvezda module – has been leaking air since September 2019.

In October, the crack was discovered in the intermediate chamber of the module and patched up by cosmonauts stationed on the ISS.

Special repair equipment is expected to be delivered to the ISS in February to repair the damage permanently. Sergei Krikalev, Roscosmos' executive director for manned programmes, said the crew is currently searching for another potential air leak in the module.