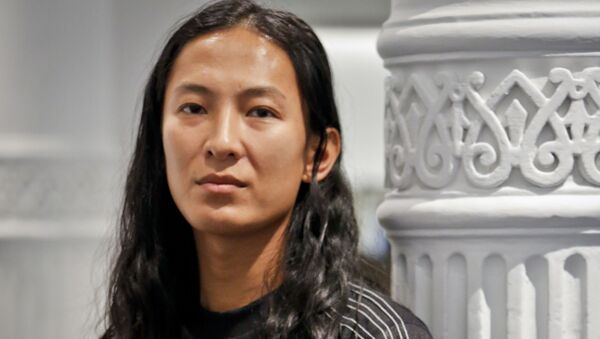 Muhammad Osman
All materialsWrite to the author
Earlier this week, British fashion model Owen Mooney again publicly accused Alexander Wang of sexual assault, claiming that the famed US designer groped him at a NYC nightclub in 2017. Other anonymous male sources have now come forward with similar accusations against Wang, and advocacy groups have began distributing the allegations online.

The former creative director for Balenciaga, Alexander Wang, on Friday slammed what he described as “baseless and grotesquely false” allegations of sexual assault recently made against him by male models, including British model Owen Mooney, and promoted online by the fashion industry whistleblower Diet Prada and Sh*t Model Management (SMM) Instagram accounts.

Mooney recently accused the American designer of sexual harassment dating back to 2017. In the wake of the furore, many other male accusers have come forward with similar allegations, with some claiming they were unknowingly drugged by Wang, who then attempted to sexually abuse them. Diet Prada and SMM shared the allegations on social media, calling on followers to support the victims.

“Over the last few days, I have been on the receiving end of baseless and grotesquely false accusations,” Wand said in a statement to The Guardian on Friday. “These claims have been wrongfully amplified by social media accounts infamous for posting defamatory material from undisclosed and/or anonymous sources with zero evidence or any factchecking whatsoever.”

The openly gay 37-year-old designer, who manages his own fashion brand, stressed that he has “never engaged in the atrocious behaviour described”, vowing to take legal action against those “originating these claims” and those who are “viciously spreading” them on the internet.

“Seeing these lies about me being perpetuated as truths has been infuriating. I have never engaged in the atrocious behaviour described and would never conduct myself in the manner that’s been alleged,” the California-born, New York-based designer said. “I intend to get to the bottom of this and hold accountable whoever is responsible for originating these claims and viciously spreading them online.”

Earlier this week, Diet Prada and SMM promoted on social media allegations by the British model Mooney that the latter originally made in mid-December 2020 on his TikTok account. The 26-year-old model claimed that Wang “touched him up” at a nightclub in New York City in 2017.

“I was by myself at one point and this guy next to me obviously took advantage of the fact that no one could f*cking move,” Mooney alleged. “And he just started touching me up. Fully up my leg, in my crotch. It made me freeze completely because I was in so much shock. Then I look to my left to see who it was and it was this really famous fashion designer and I just couldn’t believe that he was doing that to me. It just made me go into even more shock. I just had to slowly move myself away.”

Other accusations against Wang have emerged online, as Diet Prada and SMM promote the stories. Among the accusers are Gia Garison, a trans model and actor Nick Ward who works for a construction company in New York. Some claimed that the famed designer drugged them before sexually abusing them.