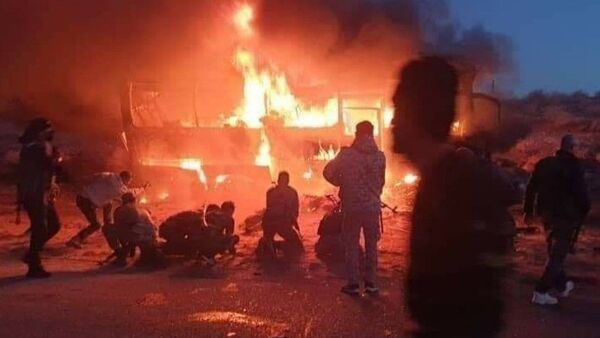 MOSCOW (Sputnik) - The Daesh* terrorist group claimed responsibility for the explosion of a bus in Syria on Wednesday, Reuters reported, citing the Islamists' online sources.

According to Reuters, the Islamists claimed that the blast had killed 40 Syrian soldiers and injured another six.

On Wednesday, Syrian state agency SANA reported that a bus carrying civilians had been attacked in Syria on the Deir ez-Zor — Palmyra highway. The explosion killed 28 people and injured 13.

*Daesh (IS/ISIS/ISIL) - a terrorist organisation banned in Russia and many other countries.