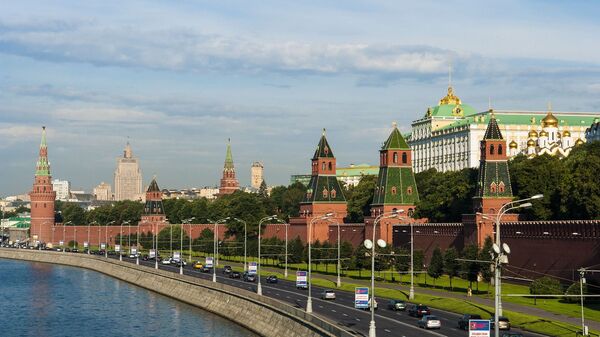 Henry Batyaev
All materialsWrite to the author
Britain's Ambassador to Russia Deborah Bronnert arrived earlier in the day at Russia's Foreign Ministry to hear an announcement on Moscow's response to the UK sanctions.

The Russian Foreign Ministry has expanded a blacklist of British citizens denied entry to Russia over their "involvement in escalating anti-Russian sanctions activity". The ministry officially notified the UK's Ambassador to Russia, Deborah Bronnert, of the move.

The decision was taken in response to "non-constructive and unfriendly actions of the British authorities related to the unacceptable and unreasonable restrictive measures against citizens of Russia, introduced in October under the pretext of their alleged involvement in the incident with Alexei Navalny".

Britain's envoy arrived in the Russian foreign ministry earlier in the day. She was not officially summoned to the ministry, but rather arrived upon a preliminary agreement to hear an announcement about Moscow's response to the the UK sanctions.

In mid-October, London slapped sanctions against six Russian officials and an entity over their alleged involvement in Alexei Navalny's "Novichok poisoning".

Navalny, a 44-year-old opposition figure, collapsed on a domestic flight in late August and, after receiving treatment in Russia, was transported to Germany. He fully recovered in September from what Berlin claimed to be "poisoning with a military-grade nerve agent of the Novichok type". Russian doctors who had treated him earlier had found no trace of poison in his system and diagnosed him with an abrupt drop of glucose because of a metabolic imbalance.

The Kremlin said Berlin had not supplied Russia with evidence of their findings despite repeated requests to do so. The Russian Foreign Ministry also said it is still waiting for a response from Germany regarding the issue.

President Vladimir Putin recently said that Russia was ready to receive case material from other countries and investigate the situation, but added that none of the countries concerned were sharing evidence with Moscow.