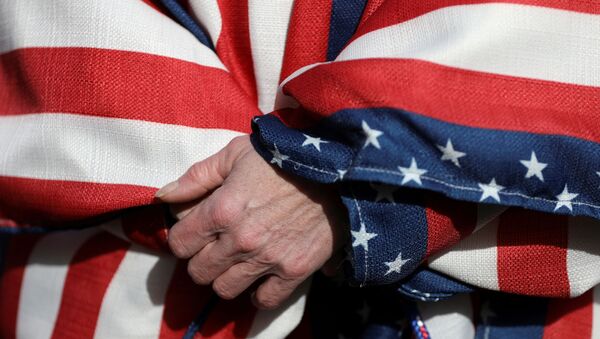 Muhammad Osman
All materialsWrite to the author
In the wake of nationwide demonstrations to end police brutality, racism, and social injustice in the US following the killing of an unarmed African-American man named George Floyd at the hands of white Minneapolis police officers in May, many US states and institutions have taken actions targeting the legacy of the Confederate era.

Maryland's House of Delegates Speaker, Del. Adrienne Jones, announced on Tuesday that state legislators are intending to pass a bill repealing the state song due to its “Confederate-sympathizing language”, according to the Associated Press.

Written originally as a poem by James Ryder Randall during the Civil War era in 1861, the song ‘Maryland, My Maryland’ calls for Marylanders to secede from the Union. It also refers to former US President Abraham Lincoln as a “vandal,” “despot,” and “tyrant”.

Jones, a Democrat, argued that the “Confederate-sympathizing language” of the song, which was adopted as Maryland’s official song in 1939, “is not representative of who we are as a state any longer”.

“This session, we will pass legislation to repeal the state song so we can better reflect our current values of unity, diversity and inclusion,” Jones said in a statement, quoted by the outlet. “We have come too far as a state and as a country to continue to embrace symbols of hate and division.”

Maryland's legislators have repeatedly attempted to replace the controversial song’s official status since 1974. The most recent attempt took place in 2018, when Maryland Senator Cheryl Kagan, a Montgomery County Democrat, sponsored a bill to change the ‘Maryland, My Maryland’ title from “official” to “historical state song”.

Although Kagan’s 2018 bill failed to pass the state legislature, she is again leading the effort, not to replace the song, but to repeal it entirely, and she is reportedly “cautiously optimistic” that her efforts will succeed this time, as circumstances have changed.

“The challenge has been in the past acknowledging our history while also wanting to fix it and remove the offensive parts of our history,” Kagan said, according to AP. “We can’t keep brushing this under the carpet and ignoring it.”

Following the nationwide George Floyd protests in the US, many states and institutions across the country took action targeting the Confederacy-era legacy, including removing statues and banning the official display of Confederate signs and flags.

In November, the state of Mississippi redesigned its flag to remove the Confederate battle emblem.

Some parts of the US military, including the Marine Corps and commands in South Korea and Japan, have also removed the emblem from their installations. In the meanwhile, the Pentagon, in the wake of the cultural backlash, launched an initiative to strip the names of Confederate war figures out of military bases.