‘Brother’ From Another Mother 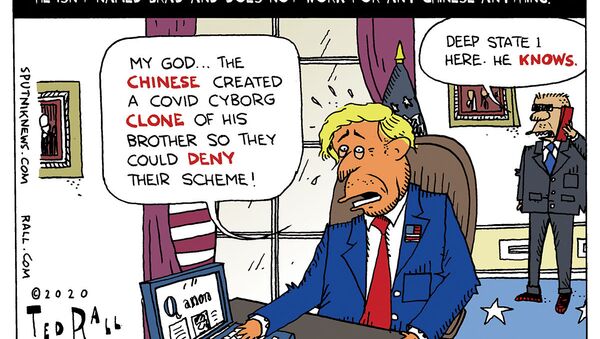 Making the most of his remaining time in the Oval Office, US President Donald Trump has focused much of his time on drawing more attention to the upcoming Georgia run-off elections, which will determine whether the US Senate will remain under Republican control or flip over to the Democrats.

Late Tuesday, the commander-in-chief took to Twitter once again to highlight the state elections, lashing out at both Republican Gov. Brian Kemp and Georgia Secretary of State Brad Raffensperger, a fellow Republican and proud Trump supporter, by calling the pair a “complete disaster.”

Trump had more ire to share, critiquing Raffensperger by saying his brother “works for China” and adding that “they definitely don’t want ‘Trump.’” But here’s the kicker - while Raffensperger does indeed have a brother, he does not “work for China.”

Furthermore, while there is a man who bears the same surname and serves as the chief technical officer for a subsidiary of the Huawei conglomerate, he has no apparent relation to Georgia's secretary of state, according to the Daily Beast.