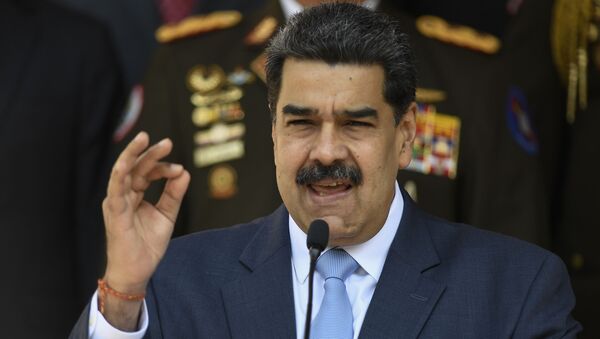 "After several months of serious and committed work with our Russian brothers, we signed an agreement today for the purchase of the first 10 million doses of the Sputnik V vaccine. I thank President Putin for this important step in beginning Venezuela's mass vaccination," Maduro tweeted on Tuesday.

Earlier in the day, the Venezuelan vice president, Delcy Rodriguez, announced that representatives from Moscow and Caracas had signed a contract for 10 million doses of Sputnik V, humanity's first vaccine against COVID-19, produced jointly by the Gamaleya research institute and the Russian Direct Investment Fund.

Maduro previously said that Venezuela's mass vaccination campaign against COVID-19 is likely to begin in April, 2021.

According to the South American country's health ministry, 320 new positive tests for COVID-19 were registered on Monday. Since the start of the pandemic, 112,636 cases of the coronavirus disease have been confirmed in Venezuela.