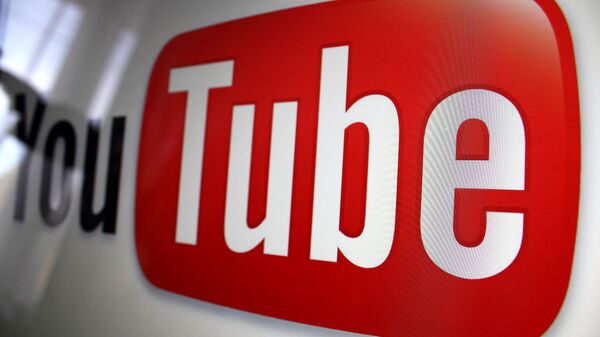 Igor Kuznetsov
All materials
Sweden's largest alternative media outlets have claimed that IT giants fully control the infrastructure that people need to make use of their freedom of expression, and called on the government to protect it from digital censorship, amid the public outrage as YouTube deleted a popular channel.

Five of Sweden's largest alternative media have organised a daily blackout to protest the disappearance of SwebbTV, a popular channel with tens of thousands of subscribers, from YouTube, and published an open letter accusing the government of complicity in censorship by IT giants.

Self-described as “citizen's journalism”, SwebbTV is a popular independent channel that delivers news, commentary and interviews. According to its representatives, the channel was deleted by the site shortly before Christmas, much to the chagrin of its creators.

SwebbTV founder Mikael Willgert argued that Google made the wrong decision to shut down the channel, calling upon the company to apologise. The channel, he contends, has a publishing certificate, is considered a responsible publisher, and is covered by the Freedom of Expression Act.

“Google's actions are self-harming behaviour that will destroy Google's brand and will cause businesses and individuals to give up their cloud services and use of Gmail,” Willgert told the daily newspaper Dagens Nyheter.

Lennart Matikainen, one of the anchors, claimed that the Swedish government was behind the channel's deletion, which was contested by the government itself.

“It is up to YouTube to decide what they have on their platform. The government has in no way tried to influence this or censor anything,” Justice Minister Morgan Johansson told Dagens Nyheter.

Nevertheless, five of Sweden's largest alternative media, Exakt24, Nyheter Idag, Fria Tider, Samhällsnytt and Nya Tider, have organised a blackout day to protest the closure of SwebbTV and urge the government to acts against the IT giants' attacks on freedom of expression in Sweden.

​“During the 2018 election campaign, then-Justice Minister Morgan Johansson called on Google and Facebook to conduct 'voluntary' censorship on the internet on behalf of the state. Also present at the meeting was Expressen's then editor-in-chief Thomas Mattsson, who promised to provide the IT giants with information about 'the dark forces that exist and threaten democracy'. In plain text: Which alternative media are to be opposed,” the five editors-in-chief said in their open letter.

Furthermore, they emphasised that the closure of SwebbTV was preceded by the Swedish government pushing through a major reduction in the electricity tax for Google and Facebook and green-lighting major subsidies to the IT giants.

According to the editors, Johansson's subsequent response to the accusations of censorship is tantamount to full support for Google's actions.

“In other words, if Google wants to sabotage opposition media in a country where the government gives them billion-dollar subsidies, then we are not going to get involved. The attitude is not acceptable in a democratic country,” the editors wrote.

The alternative media emphasised that today's opinion formation “takes place digitally”, and that the IT giants control the infrastructure that people need to be able to take advantage of their freedom of expression. Consequently, they've urged the government to take action to protect it, and the citizens to choose their representatives accordingly.

Their protest has gained traction online and was widely shared on social media.

Join the free media in #Sweden in their united stand for authenticity and #swebbtv , just erased by parochial #Google to promote Project Syndicate surrogates. https://t.co/EYVZQdG7zNhttps://t.co/4SoY1ydBrbhttps://t.co/medzfsJ6pfhttps://t.co/jLXgao3K4Xhttps://t.co/IKb96m7TgX pic.twitter.com/lvUoIUQsgp

“We have strict policies for what is allowed to upload to YouTube. Material that violates these guidelines is removed from the platform. During the third quarter of this year, 7.9 million such videos were taken down. We do not go into details about individual policy decisions, but on a general level – channels that violate the regulations receive a number of warnings, and in case of repeated violations of the rules, channels can be removed in their entirety”, he said.

At the beginning of August 2019, Swebbtv was shut down from YouTube with reference to Google's stricter community rules. The account was reactivated after less than a week, when Mark Jansen admitted that it was a mistake to delete the entire channel.