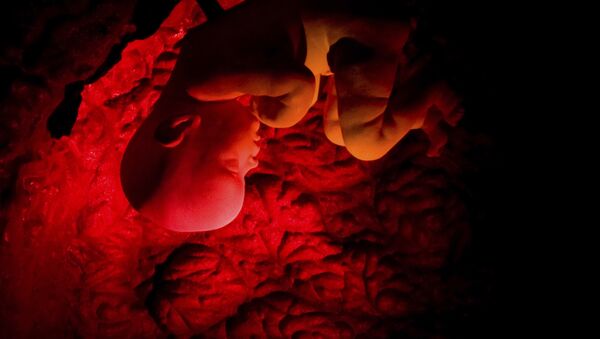 MOSCOW (Sputnik) - The Russian coronavirus EpiVacCorona vaccine does not harm the health of the embryo, the press service of the national public health watchdog, Rospotrebnadzor, said on Tuesday.

The press release said that on December 15, Rospotrebnadzor's State Research Center of Virology and Biotechnology Vector completed preclinical studies of the reproductive toxicity of its EpiVacCorona vaccine. They were conducted on adult male and female rats, including pregnant ones.

"Based on the data obtained, it was concluded that the EpiVacCorona vaccine does not have embryotoxic properties and does not affect the generative function," Rospotrebnadzor said.

The study showed that the vaccination of animals in doses that are equal to one vaccination for humans and up to 10 times higher than that did not lead to a decrease in fertility rates, did not affect the duration of the subsequent pregnancy, pre-and post-implantation mortality rates or the number of offspring at birth.

Rospotrebnadzor added that the EpiVacCorona did not affect the survival rate of the offspring, and did not cause any disturbances in their physical development.