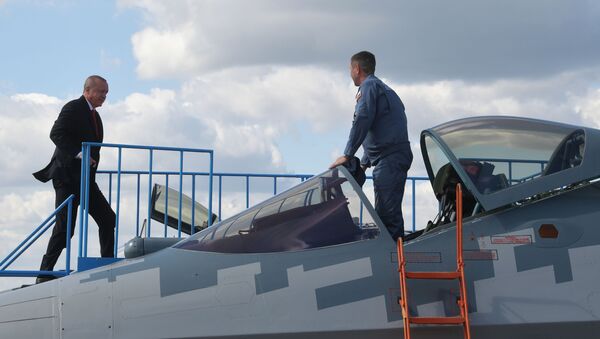 © Sputnik / Sergey Guneev
/
Go to the photo bank
Subscribe
Ilya Tsukanov
All materialsWrite to the author
On Monday, the US House of Representatives overrode Donald Trump's veto on the 2021 National Defence Authorisation Act (NDAA), a massive defence spending bill which includes within it sanctions against Turkey over its purchase of the S-400, an advanced Russian mobile air defence system.

Moscow and Ankara will continue to expand cooperation in the defence sector despite the threat of US sanctions, Russian Foreign Minister Sergei Lavrov has said.

"We also confirmed our mutual focus on the development of military industry cooperation. We appreciate, as President Vladimir Putin has repeatedly noted, the principled disposition of our Turkish colleagues to continue cooperation in this area, despite the continuing illegitimate pressure from Washington, which openly lobbies the interests of American manufacturers using illegitimate, non-market methods", Lavrov said, speaking to reporters following talks with his Turkish counterpart, Mevlut Cavusoglu, in Sochi on Tuesday.

On Monday, the US House of Representatives overrode President Trump's veto of the 2021 NDAA, paving the way for sanctions against Ankara over its purchase of the S-400, a Russian-made air defence system. The restrictions are made possible through the use of the Countering America's Adversaries Through Sanctions Act (CAATSA), a 2017 law targeting Russian defence industry exports. The law was used against a Chinese defence procurement office in 2018. Washington has also threatened to use it against India over that country's plans to purchase S-400s. 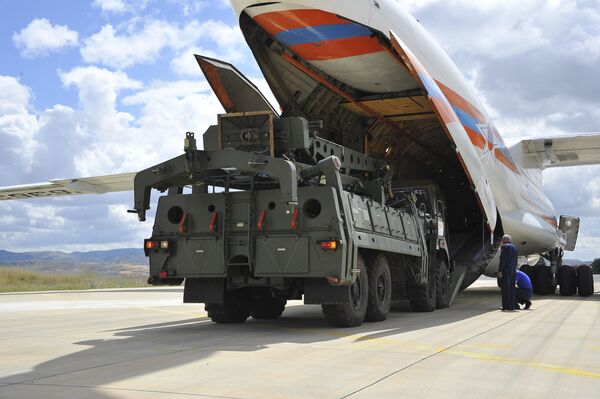 Along with the subject of defence cooperation, Tuesday's talks between Lavrov and Cavusoglu included discussions on the conflict in Libya and the Karabakh dispute between Armenia and Azerbaijan, which recently escalated into open warfare before a Moscow-brokered ceasefire backed by Russian peacekeepers entered into force. In the case of the Libya conflict, Lavrov said that Russia and Turkey had reiterated their commitment "continue to facilitate normalization of the situation in Libya in every possible way via a comprehensive intra-Libyan dialogue that includes all key political forces and representatives of all three historical regions of Libya".

Earlier this year, Gen. Khalifa Haftar's Libyan National Army accused Turkey of "illegally operating" in Libya and of violating a United Nations arms embargo by providing military support to the Tripoli-based Government of National Accord in the form of troops, equipment, weaponry, and Syrian mercenaries.

Russian and Turkish Foreign Ministers Hold Joint Press Conference in Sochi
As for Karabakh, Lavrov said the two sides had reached a "common view" and a "unified position" on the need to prevent foreign mercenaries from entering the region.

In the course of the 27 September - 10 November flare-up in fighting over Karabakh, both Armenia and Azerbaijan accused one another of deploying foreign militants in the region - either jihadist extremists from Syria shipped to the region via Turkey (according to the Armenian side) or Kurdish and other mercenaries deployed with Yerevan's help (according to Baku). Both sides denied the use of mercenaries during the war.